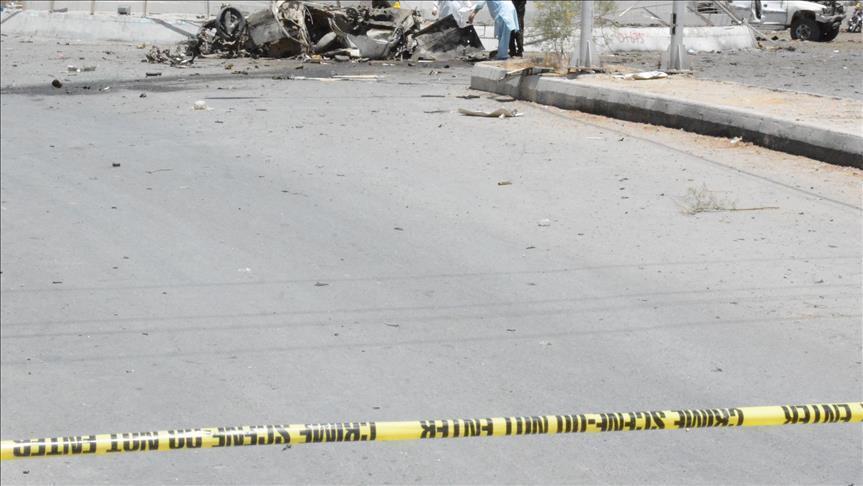 MANILA, July 31 (Xinhua) -- A powerful bomb apparently rigged to a vehicle exploded on Tuesday in southern Philippine island of Basilan, killing 10 people including a soldier and five militia men.

Four other civilians were also killed in the explosion, Besana added.

"We are investigating the incident. I heard that the car was flagged down and was being inspected when the bomb went off," he said.

"We suspect that the primary target is the military camp," military official Mon Almodovar said in a separate interview with a local television network.

He said it was the first time that a car was used to carry out an explosion. "Before they used a motorcycle," he said.

"We condemn in the strongest possible terms the latest terrorist attack in Basilan perpetrated in violation of our laws," Roque said in a statement.

He added that "authorities are now investigating the incident even as we vow to bring the perpetrators of this brazen attack to justice."

No group has claimed responsibility for the attack but the military said the Abu Sayyaf militants may have been behind the attack.

Abu Sayyaf group is a small, violent and faction-ridden jihadist group that operates in the western fringes of southern Philippine island of Mindanao and on the Sulu islands extending from Mindanao. They are notorious for carrying out bombings in southern Philippines.

The group has pledged allegiance to the Islamic State and has carried out kidnappings for ransom of both foreigners and Filipinos.

Authorities said the group, which was set up in the 1990s, is thought to be holding a number of hostages which they keep in the jungles of Basilan and Sulu, their stronghold.