WORLD Death toll in Chile protests since October rises to 27

Death toll in Chile protests since October rises to 27 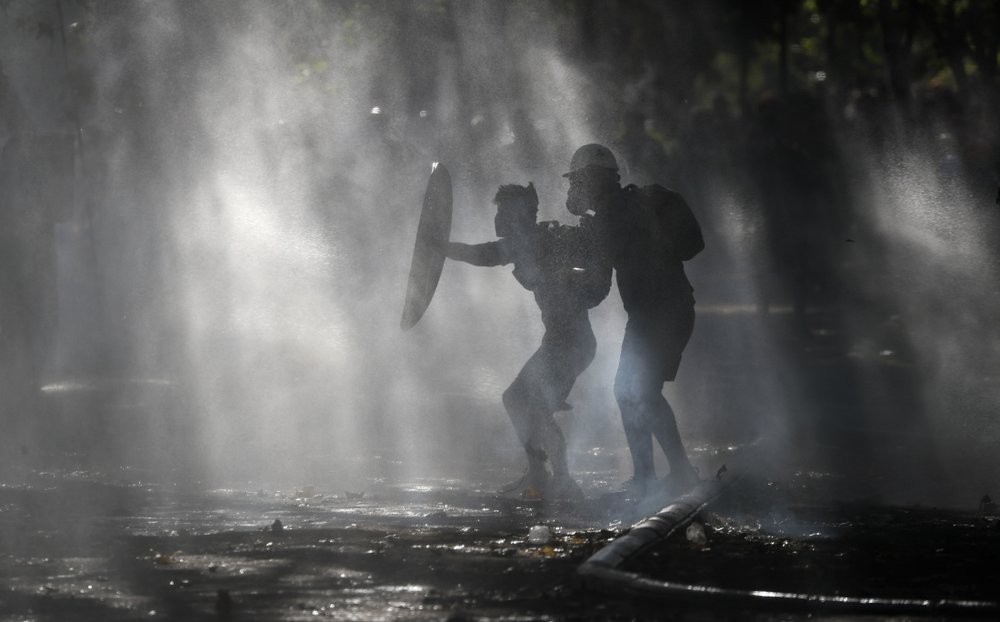 Anti-government demonstrators shield themselves amid the spray of a police water cannon trying to disperse them in Santiago, Chile, Friday, Dec. 27, 2019. (Photo: AP)

Chile’s human rights watchdog is calling for an investigation into the death of a man during anti-government protests.

The death during clashes between police and protesters on Friday raised the number of those killed during protests that started in October to at least 27.

The cause of the man’s death should be clarified as soon as possible, Chile’s National Institute of Human Rights said.

The man who died was 40 years old and was electrocuted after falling into a hole while fleeing police anti-riot vehicles, local media reported.

The death happened during a protest in Plaza Italia, a focal point of unrest in the capital of Santiago. The demonstrations started over an increase in the subway fare and eventually encompassed grievances about pensions, education, health care and other issues.

Demonstrations are frequently held on Friday, and a movie theater burned in the latest clashes.

Demonstrators made way for firetrucks arriving to fight the blaze at the Alameda Cultural Center, which also has been a staging ground for volunteer medics who treat injured demonstrators.

Firefighters said the building was badly damaged and the cause would be investigated.