Hungarian police say the body of another South Korean tourist has been recovered following the May 29 accident in which a sightseeing boat sank in seconds after colliding with a cruise ship on the Danube River, raising the confirmed death toll to 20. 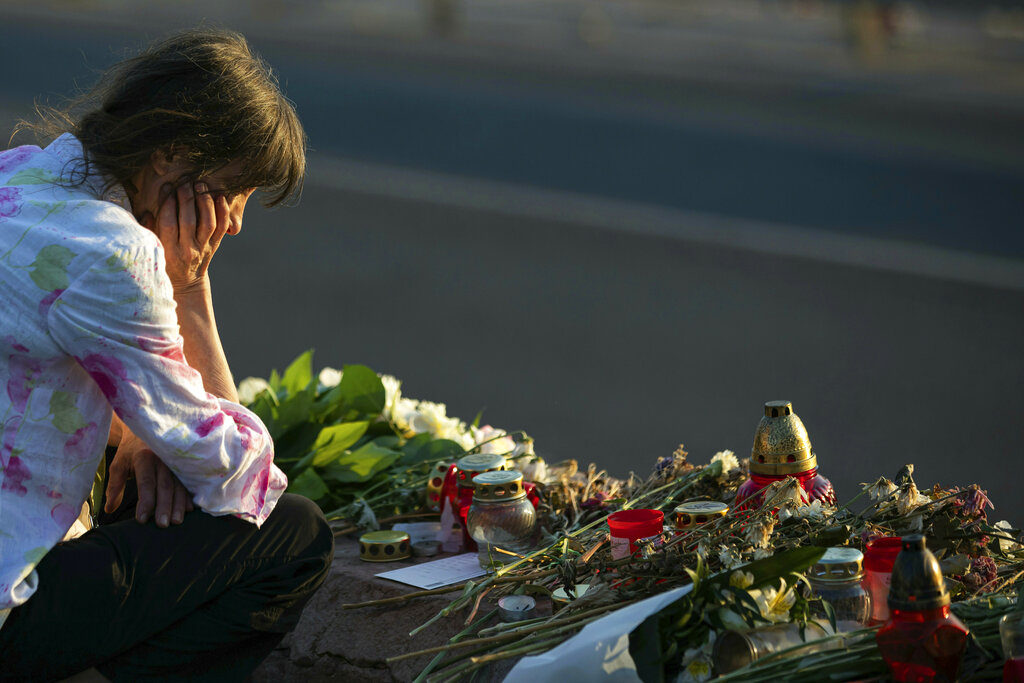 A woman visits a flower tributary at Margaret Bridge, the scene of the boat accident in Budapest, Hungary, Saturday, June 8, 2019.

Police said Sunday that they are still searching for seven other South Koreans and the sunken tour boat's captain.

Police said the body of the South Korean woman was found at the town of Szazhalombatta, about 29 kilometers (18 miles) downstream from the scene of the collision in Budapest, near the Hungarian Parliament building.

Only seven people, all South Koreans, were rescued.

A huge floating crane is in place at Margit Bridge as preparations continue to lift the boat off the river floor.