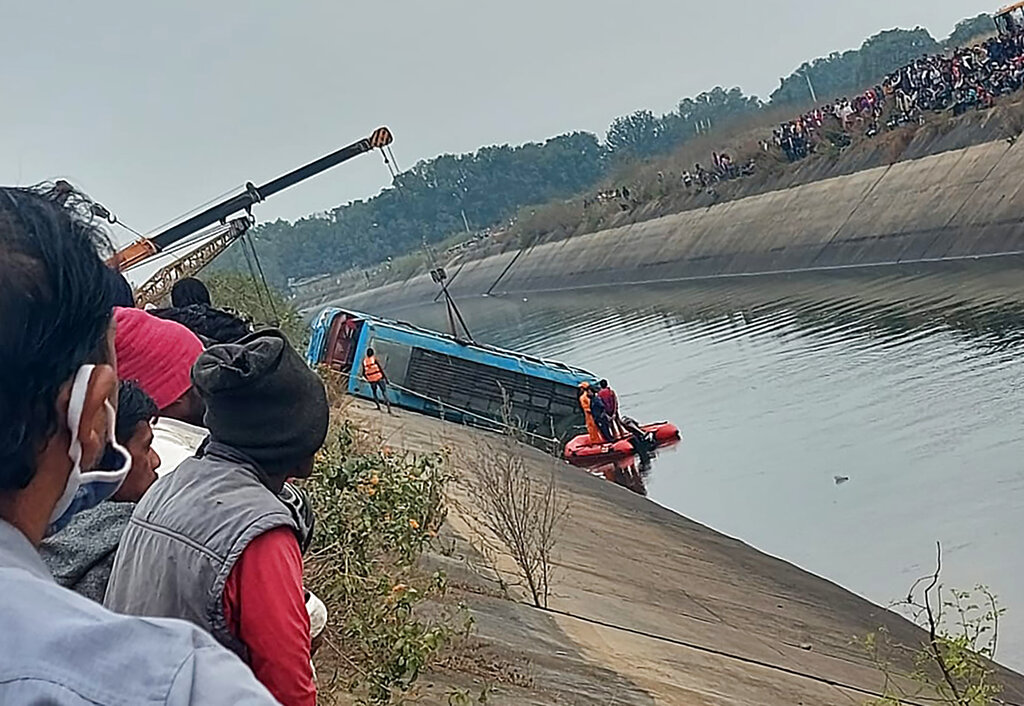 A bus that fell into a canal is pulled out in Sidhi district, in the central Indian state of Madhya Pradesh, Tuesday, Feb. 16, 2021. (Photo: AP)

The details were shared by Madhya Pradesh Chief Minister Shivraj Singh Chouhan during a briefing.

"It is very sad that we have retrieved 45 bodies from the water," Chouhan said. "The deceased are 24 men, 20 women and a child."

According to Chouhan, the bus had become uncontrolled and fell in the Bansagar canal.

The accident took place near Patna village in Sidhi district, about 493 km east of Bhopal, the capital city of Madhya Pradesh.

Authorities have called off rescue efforts.

Seven people survived the accident as some swam up to the banks on their own and a few were rescued by locals.

The local government postponed all major events in the state.

According to officials, the driver of the bus lost control over his vehicle and plunged into the canal, where it submerged completely.

Following the accident, locals alerted police, who rushed to the spot to carry out searches for the missing.

Authorities stopped water to the canal from nearby Bansagar dam in order to help rescue efforts. Officials said a team of disaster response force personnel was rushed to the spot and the bus was taken out of the canal with the help of a crane.

Officials said the 32-seater vehicle had 52 passengers inside it at the time of the accident.

The local government has ordered a probe into the accident.

The deaths in the accident were widely condoled.

Apart from the local government, the federal government has also announced a monetary relief for the victim families.