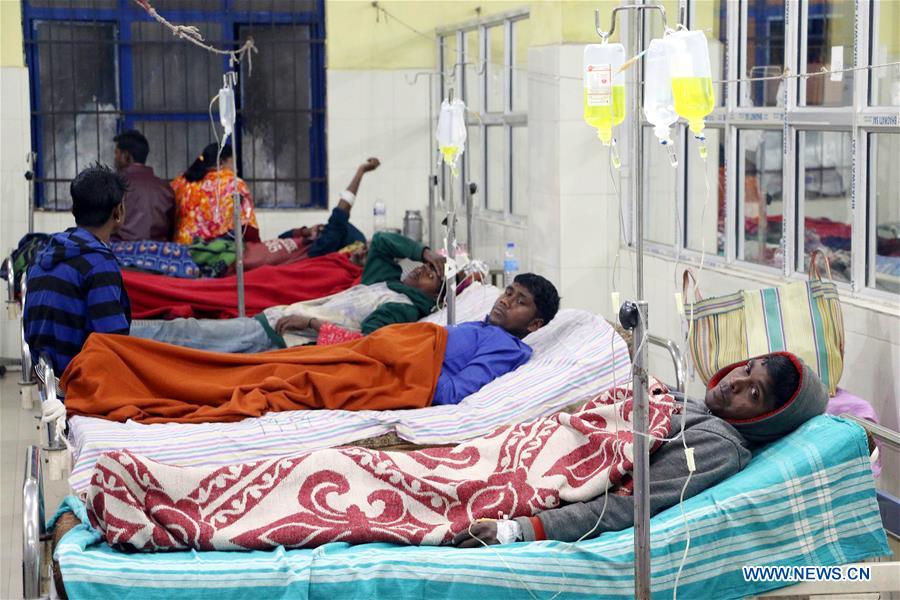 "The death toll in Bihar hooch tragedy has risen to 81," the broadcaster said. "Maximum (of) 74 deaths have been reported from Saran district as 15 more people succumbed to the consumption of spurious liquor in the district. Five people died in Siwan district, while two died in the Begusarai district."

The deaths were first reported on Tuesday from Saran district, about 60 km northwest of Patna, the capital city of Bihar. Locals said after the consumption of alcohol people began vomiting, following which their condition deteriorated.

According to the broadcaster, deaths due to the hooch tragedy were reported in new areas of the state.

The broadcaster said the casualties are likely to go up further as 30 people, with 12 of them in serious condition, were undergoing treatment at various hospitals.

Twenty-five people have lost their eyesight following the consumption of the toxic liquor, AIR said.

Saran district magistrate Rajesh Meena told media 213 people engaged in the spurious liquor trade have been arrested so far in this connection.

Two police officials, including a senior police officer, have already been suspended for dereliction of their duties.

The Bihar government has formed a special investigation team to probe into the case in the Saran district.

Meanwhile, India's human rights panel, the National Human Rights Commission (NHRC), has issued a notice to the local government of Bihar over the tragedy.

NHRC has also underlined the failure of the local government to implement its policy of prohibition of sale and consumption of illicit liquor in Bihar since April 2016.

Bihar is a dry state and there is a complete ban on the sale and consumption of alcohol since 2016. However, deaths due to the consumption of illicit liquor in the state are reported often.

A senior Bharatiya Janata Party leader and parliamentarian from Bihar Sushil Kumar Modi Thursday alleged that over 1,000 people lost their lives in Bihar due to spurious liquor after prohibition.