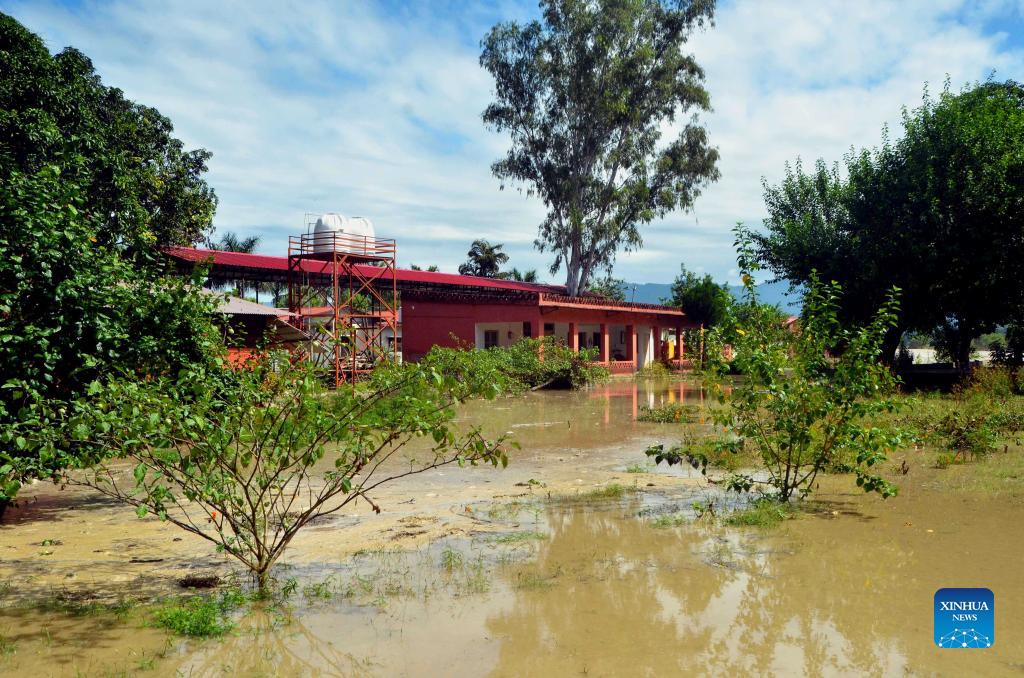 Photo taken on Oct. 19, 2021 shows a waterlogged area along the bank of river Ganga in the town of Haridwar, northern Indian state of Uttarakhand. (Photo: Xinhua)

At least 18 others were injured and two were reported to be missing.

The heavy rains lashed the state between Sunday and Tuesday, triggering floods and waterlogging, besides inundating several areas.

As per details provided by the Uttarakhand State Disaster Management Authority (USDMA), the highest deaths took place in Nainital.

"Among the 60 deaths, a maximum of 34 are from Nainital district which is the worst affected in the state. Champawat is next with 11 deaths, followed by Almora where six lives were lost," an official at USDMA told Xinhua over the telephone.

Authorities have sent personnel and machinery to clear the roads.

Chief Minister of Uttarakhand Pushkar Singh Dhami said the administration would extend all possible help to the public and bring life back to normal.

Reports quoted the National Disaster Response Force (NDRF) as saying it has rescued over 1,300 people from the affected areas. Seventeen NDRF teams have been deployed across Uttarakhand.

Uttarakhand is prone to flooding, and short spells of excessive rainfall have become rampant in the state recently. More than 200 were feared killed in February after flash floods swept away a hydroelectric dam in the state.