At least 40 paramilitary troopers belonging to Central Reserve Police Force (CRPF) were killed and many others were wounded on Thursday in a suicide attack targeting their convoy in restive Indian-controlled Kashmir, officials said. 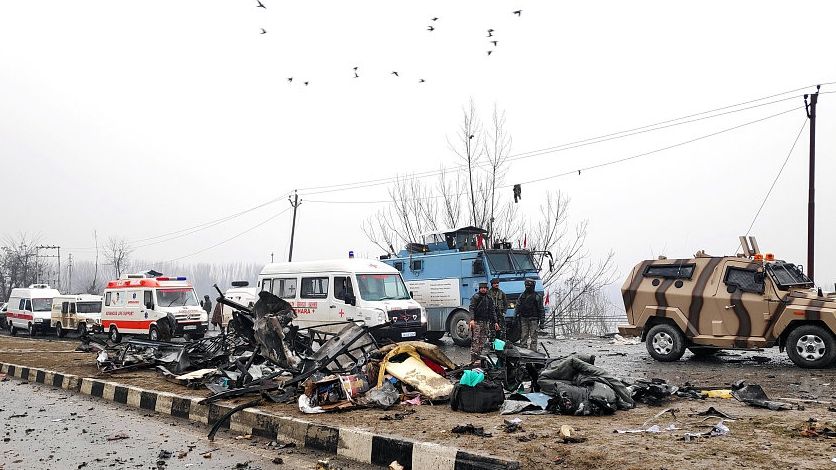 The Pakistan-based Islamist militant group Jaish-e-Mohammad (JeM) has claimed responsibility for the attack, saying a fidayeen (suicide bomber) carried out a car bomb blast to target the convoy.

The attack was carried out on the national highway near Lethpora village in Pulwama district, about 27 kilometers south of Srinagar City, the summer capital of Indian-controlled Kashmir, police said.

The injured have been sent to a hospital immediately after the incident, and traffic was suspended on the road, the local official said on Thursday.

Prime Minister Narendra Modi condemned the attack. "Attack on CRPF personnel in Pulwama is despicable," Modi tweeted, adding "the entire nation stands shoulder to shoulder with the families of the brave martyrs."

Officials said the death toll was likely to rise.