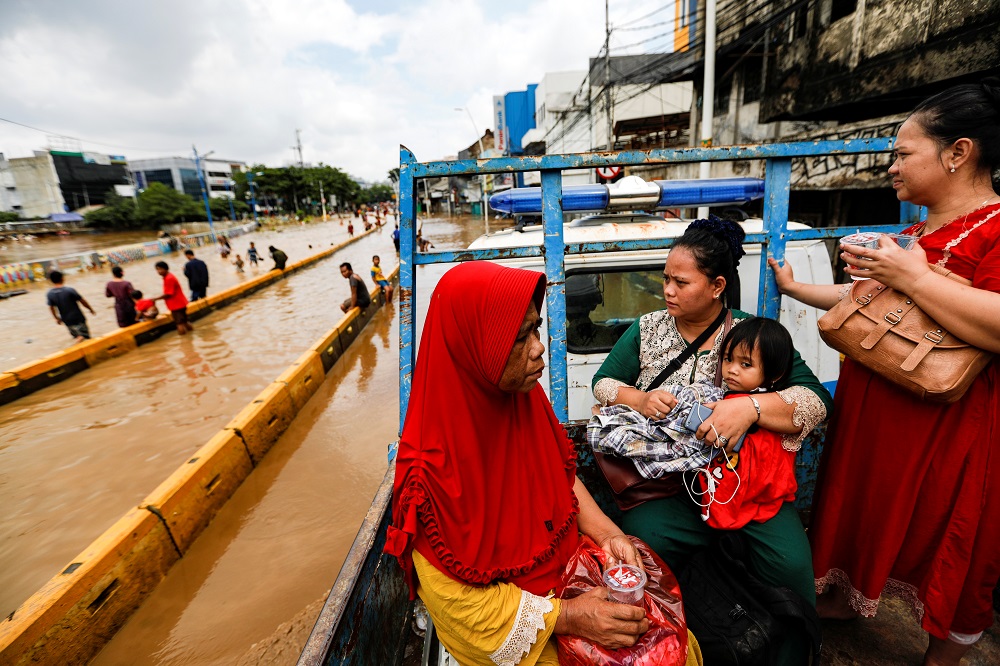 Local residents ride on the back of a truck to cross a flood-affected area after heavy rains in Jakarta, Indonesia, on Thursday. (Photo: China Daily)

The death toll in flooding that hit Indonesia's capital of Jakarta and its peripheral areas has risen to 43, with more than 390,000 people displaced, the Indonesian Disaster Mitigation Agency (BNPB) said on Friday.

The agency said the deaths were caused by drowning, hypothermia, electrocution and landslides.

The torrential rains hitting the capital and nearby areas since New Year's Eve have also disrupted public transportation systems.

Indonesia's Meteorological, Climatology and Geophysics Agency forecasts the heavy rains may continue in Jakarta until Saturday.

Jakarta and its surrounding areas are home to more than 30 million people. In 2007, such magnitude floods in those areas killed at least 80 people and displaced about 320,000 others.