Iran's health ministry said Monday a total of 84 people have died and nearly 1,000 been poisoned from consuming bootleg alcohol over the past six weeks, ISNA news agency reported. 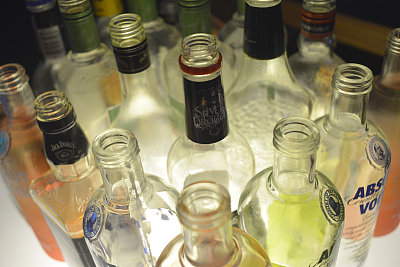 Despite tough penalties against alcohol consumption since the Islamic revolution of 1979, the use of smuggled or bootleg liquor remains widespread.

Multiple cases of poisoning by a deadly batch of moonshine were first reported in late September and have spread across the country.

Iraj Harirchi, spokesman for the health ministry, said 959 people had been treated for poisoning, describing the wave of cases as "very unusual", according to the semi-official agency ISNA.

As well as 84 deaths, 305 have been treated for kidney damage and 27 suffered eye damage, he added.

Harirchi said the main cause was the use of toxic methanol in place of the ethanol found in properly distilled spirits.

"Some have been arrested in this regard and people should know that even alcohol packed and sealed in foreign packages can easily be fake," Harirchi said.

The most poisoning cases were reported in Alborz province north of Tehran and Hormozgan on the south coast.

Only members of state-recognised religious minorities have the right to produce or purchase alcoholic drinks in Iran.

Those who break Iran's alcohol laws can be fined, lashed or jailed, but bootleg liquor is widely available through illegal dealers.