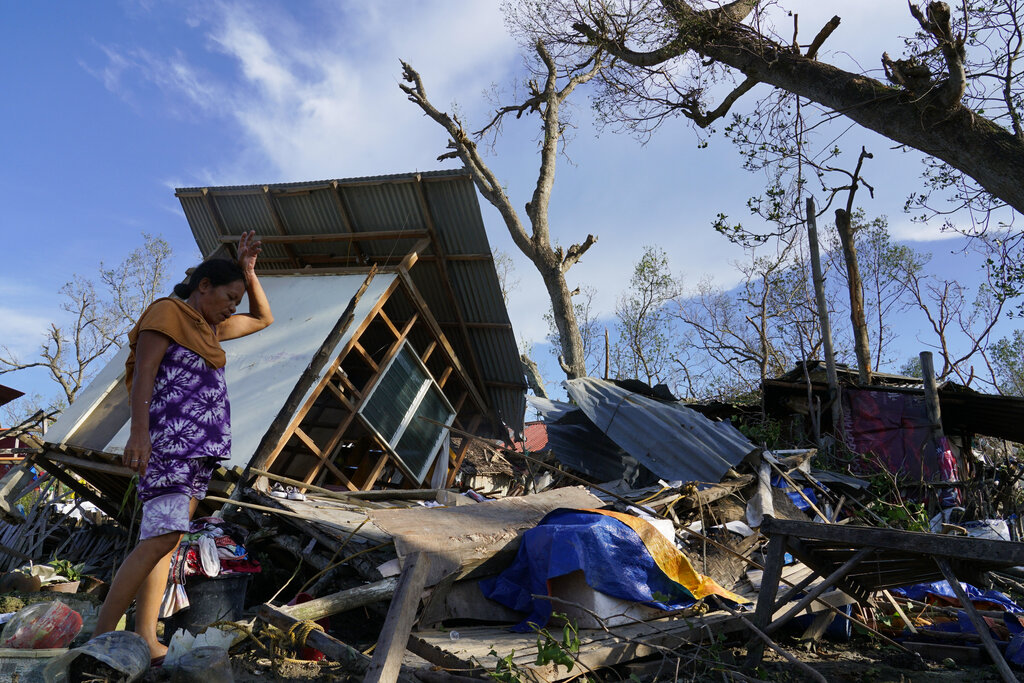 A resident salvages parts of her home damaged due to Typhoon Rai in Talisay, Cebu province, central Philippines on Saturday, Dec. 18, 2021. (Photo: AP)

MANILA, Dec. 19 (Xinhua) -- At least 49 people have been killed in the Philippine province of Bohol after Typhoon Rai battered the country, a provincial official said Sunday morning.

Bohol Governor Arthur Yap said 21 mayors out of 48 in the province have reported at least 49 deaths from their towns with 10 missing and 13 injured.

The number of deaths is likely to rise as local officials gather data from the field.

The overall number of casualties in the country is not available yet. On Saturday night, the National Disaster Risk Reduction and Management Council said it received reports that 31 have died in central and southern Philippines in the wake of Rai. One is reportedly missing.