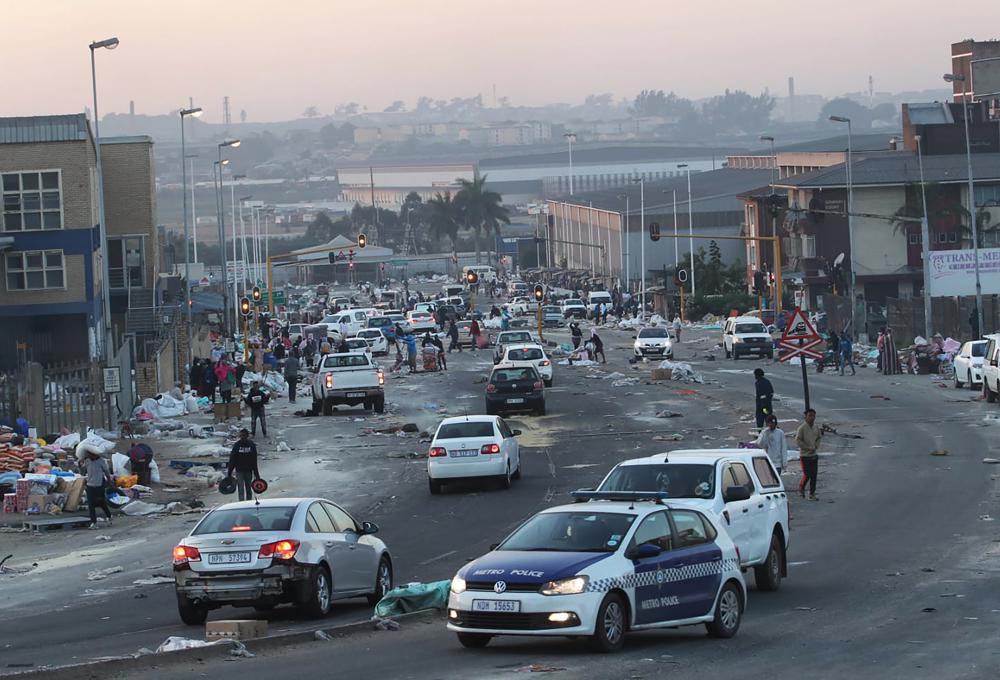 Traffic chaos is seen on a road in Mobeni, south of Durban South Africa, Thursday, July 15, 2021, as unrest continued in the KwaZulu Natal province. (Photo: AP)

Unrest in South Africa has claimed 117 lives, the government said on Thursday, a sharp rise over a toll of 72 issued the previous day.

The acting minister in the presidency, Khumbudzo Ntshavheni, told a news conference that Johannesburg, South Africa's economic capital, was now "relatively calm" while the situation in the southeastern province of KwaZulu-Natal province, the epicentre of the violence, "remains volatile."