HARARE, Nov. 9 (Xinhua) -- The death toll in Zimbabwe's horrific bus crash that occurred Wednesday along the Harare-Mutare highway has risen to 50. 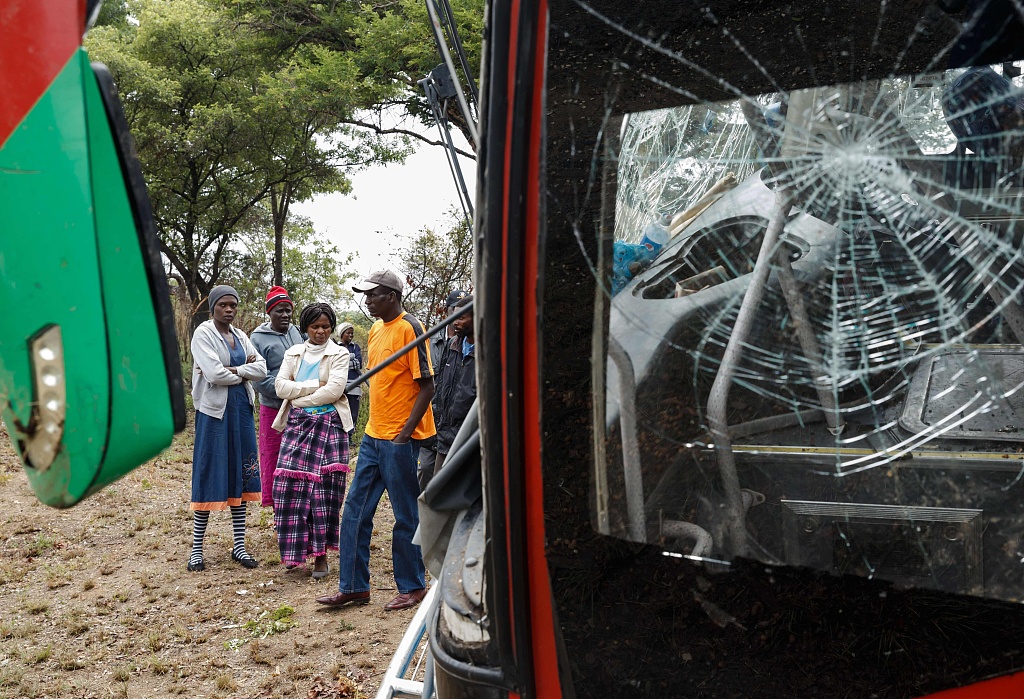 People inspect the wreckage of a bus on November 8, 2018 along the Harare-Mutare highway near Rusape, where a fatal collision between two buses killed dozens of people the day before. (Photo: VCG)

According to police, 40 people died on the spot, 5 on their way to hospital while 2 more passed on Thursday morning.

The accident, which also injured 80 people, occurred when two long-distance buses collided along the highway.

Government has since declared the crash a national disaster.

Police, meanwhile, have launched a man hunt for the driver and conductor of one of the buses involved in the accident after they fled from the scene.

President Emmerson Mnangagwa has since sent a message of condolences to families of the people who died in the accident, one of the worst in the country in recent months.