BAGHDAD, April 26 (Xinhua) -- The Iraqi Independent High Commission for Human Rights (IHCHR) said on Monday that the death toll of the hospital fire on Saturday night might reach 130. 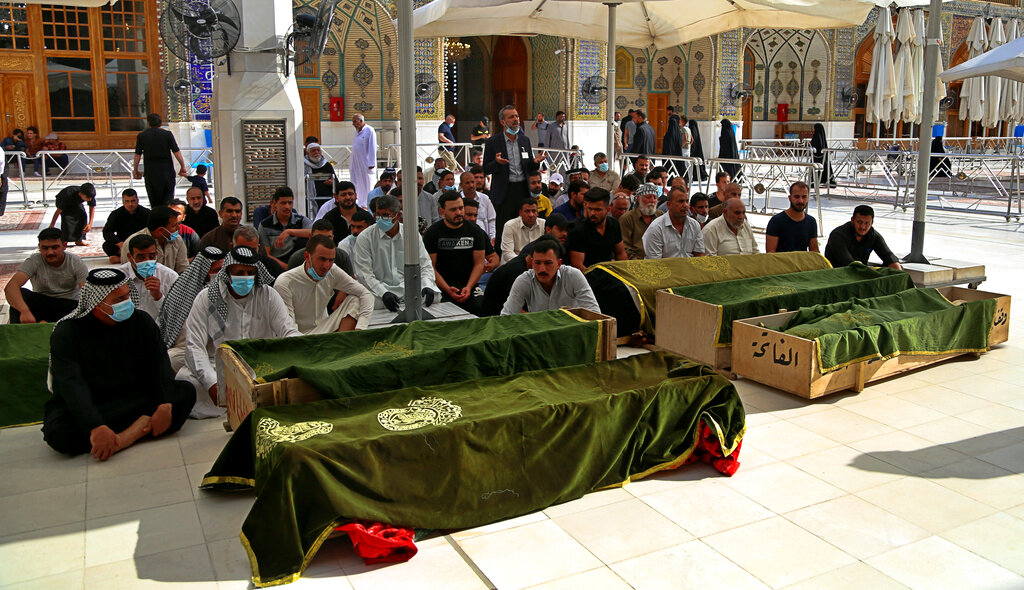 Mourners pray near the coffins of coronavirus patients that were killed in a hospital fire, during their funeral at the Imam Ali shrine in Najaf, Iraq, Sunday, April 25, 2021. (Photo: AP)

"The approximate number of deaths, according to the testimonies obtained by the IHCHR team, may reach 130, including unidentified badly charred bodies," said an IHCHR statement.

According to the IHCHR team, the fire was caused by an explosion of an oxygen cylinder inside Ibn al-Khatib Hospital dedicated to treating coronavirus patients in the east of the capital Baghdad, the statement added.

The IHCHR blames hospital officials for not adhering to the Ministry of Health instructions to limit the number of visitors to the hospital which is already overcrowded with coronavirus patients, according to the statement.

The hospital lacks an early-warning system for fire, in addition to the obvious failure of the hospital administration to rapidly rescue the patients, the statement noted.

The hospital fire has prompted Prime Minister Mustafa al-Kadhimi to suspend Minister of Health Hassan al-Tamimi and launched an investigation into the deadly incident.