This video provided by Zhao Yipu, correspondent of People’s Daily gives you a closer look at the areas which bore the brunt of the devastating tsunami. (Edited by Wang Xiaoyu)

The figures were only accounted in Palu, the capital city of the province, while the impacts of the natural disasters in Donggala and its coastal areas which was hit by the tsunami has not been included in the data, spokesman of national disaster management agency Sutopo Purwo Nugroho said.

"The death toll has reached 384, by far," he told Xinhua via telephone. 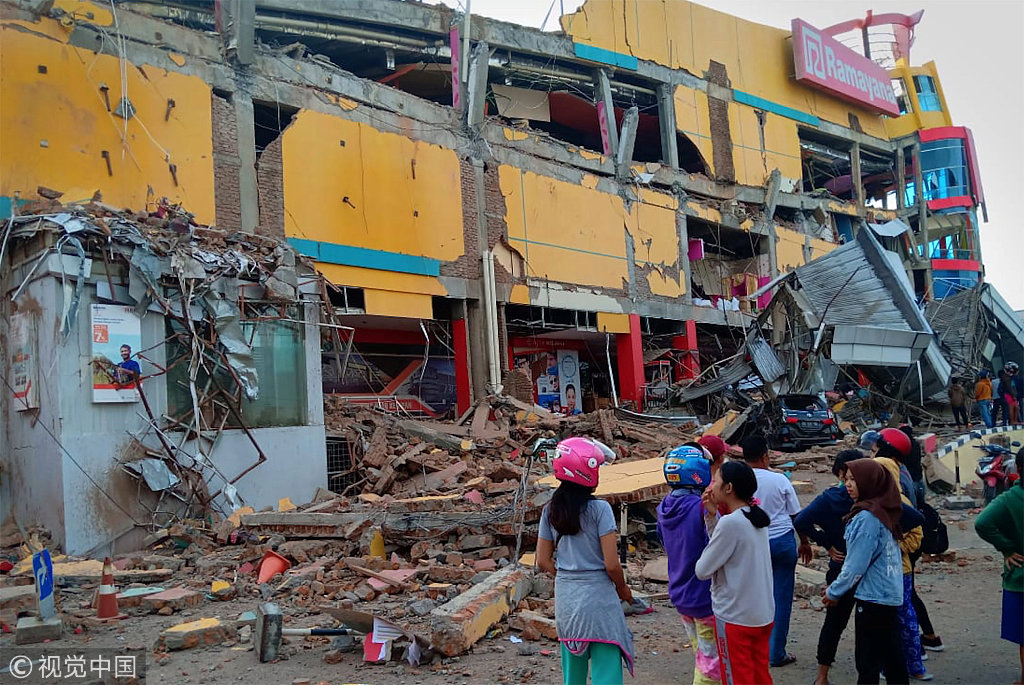 A total of 29 people were also reported missing in Palu city as the disaster devastated thousands of houses and infrastructure facilities, the spokesman said.

Sutopo noted that the number of victims will likely rise significantly as the assessments of downside risks of the disasters in the some affected areas and evacuation were being undertaken now.

"The figures will likely keep climbing as evacuation continues and not all of the affected-areas have been reached by the rescuers," he added.

By far, an electric outage remained, cutting off communication, hampering coordination and disseminating of information about the disaster, according to him.

Earthquakes measuring 6.0, 7.4 and 6.1 magnitude followed by a tsunami had stricken the province on Friday.