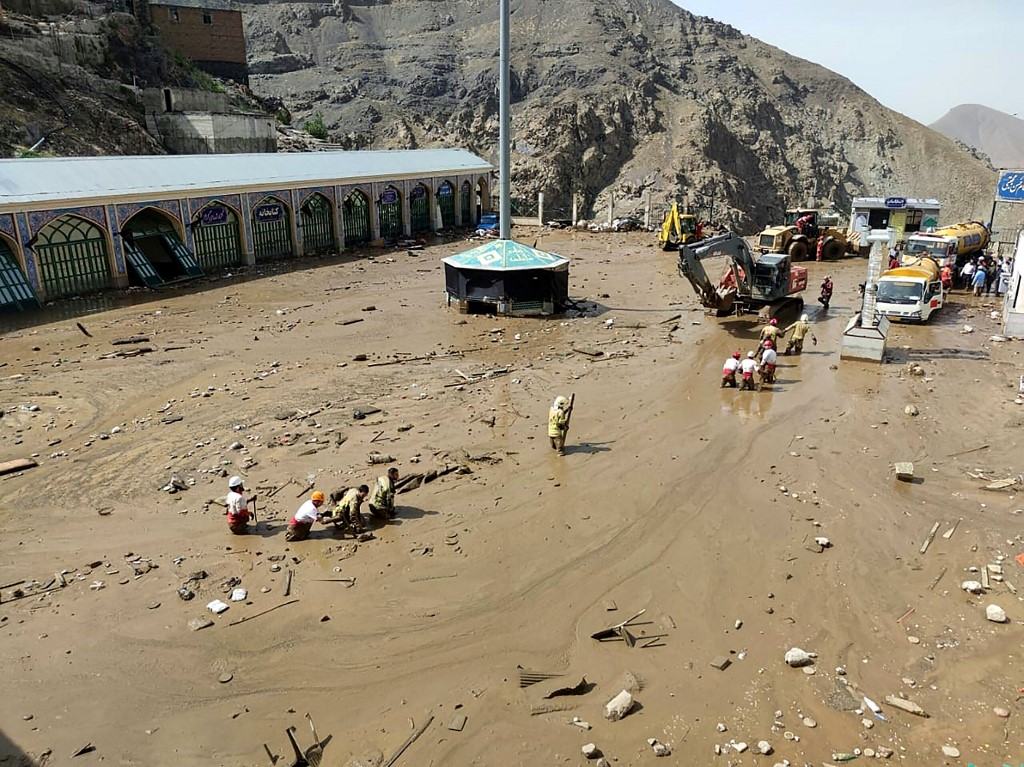 A handout picture provided by the Iranian Red Crescent (RCS) shows members of a rescue team working at the site of a flash flood in the Emamzadeh Davoud northwestern part of Tehran, on July 28 2022. (Photo: AFP)

TEHRAN, July 31 (Xinhua) -- Flash floods caused by heavy rains that have lasted over a week have killed at least 69 and wounded 39 across Iran, while 45 others remain missing, a disaster management official said Sunday.

Six of the deceased, three of the wounded and three of the missing are Iraqi nationals, Nejad Jahani, deputy head of the National Disaster Management Organization (NDMO), told semi-official Tasnim News Agency.

Search, rescue and aid operations are underway in 661 regions in 24 provinces, with a focus on Firuzkuh County of Tehran Province where roads blocked by the flooding have been reopened, said Pir-Hossein Koulivand, president of the Iranian Red Crescent Society.

The casualties are likely to increase as the rescue work continues, said Jahani.

He noted that heavy rainfalls in the province have also damaged 98 km of roads and 61 buildings and bridges.

Heavy rains in Iran are expected to continue until Monday.