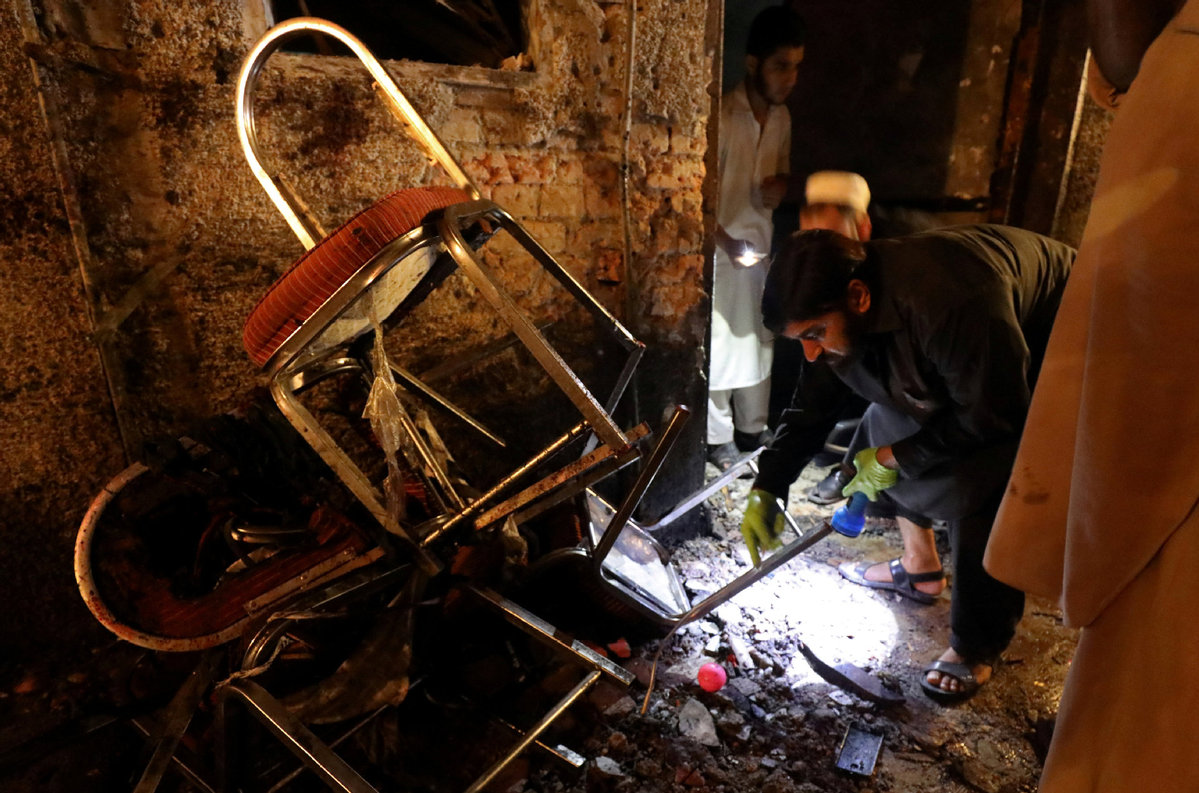 A police officer in plain clothes collects evidence from the site after a suicide attack during an election campaign meeting in Peshawar, Pakistan July 10, 2018. [Photo/Agencies]

ISLAMABAD - Death toll of the suicide blast that hit a public rally in Pakistan's northwest provincial capital of Peshawar on Tuesday night has risen to 20, hospital officials said on Wednesday morning.

Zulfiqar Ali Baba Khel, the spokesperson of the Lady Ready Hospital of Peshawar, said that the death toll rose after six seriously injured persons succumbed to their injuries during treatment.

At least 63 people were injured in the blast out which 33 are still under treatment at the hospital, the official added.

Chief of Peshawar police, Qazi Jamil, said that the incident took place when a suicide bomber exploded his explosives-laden jacket during a public meeting of Awami National Party (ANP) in Yakatoot area of Peshawar, the capital of northwest Khyber Pakhtunkhwa province.

According to the police officer, it was a targeted attack at the ANP's provincial information secretary Haroon Bilour who lost his life in the attack.

The bomber managed to mix with the crowd and reached near Bilour when party workers were celebrating his arrival with fireworks before triggering the blast.

The police bomb disposal squad said that around 8 to 10 kilograms of explosives along with 1 kilogram of ball bearings was used in the attack.

Bilour was contesting for a provincial assembly seat in the country's upcoming general elections on July 25.

The ANP is a Pashtun nationalist party from Pakistan's Khyber Pakhtunkhwa Province and had representation in the provincial assembly and both houses in the country's parliament.