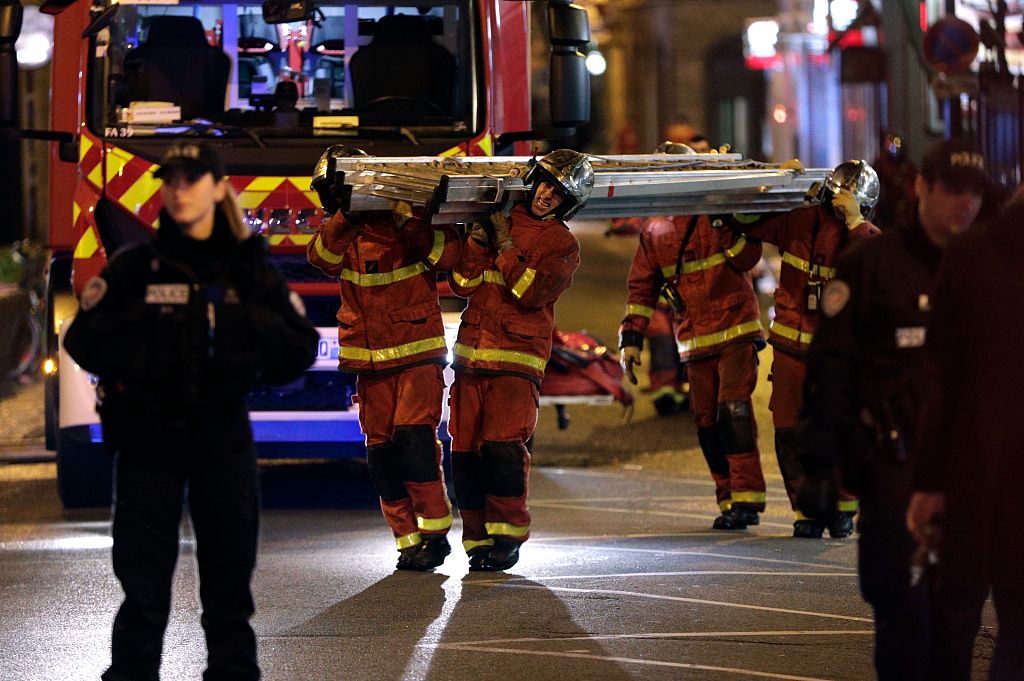 Firefighters carry a lader near a building that caught fire in the 16th arrondissement in Paris, on February 5, 2019. (File photo: VCG)

The fire broke out after midnight on the upper floors of an eight-storey building in Paris' swanky 16th district, which is home to foreign embassies and renowned museums. It has been brought under control by firefighters early in the morning.

At least ten residents died and 36 people were injured, including eight firefighters, according to the report.

"It was a particularly violent fire," Captain Clement Cognon of the Paris fire service told BFM TV, adding that the casualties were likely to increase.

French judicial police had opened an investigation for "voluntary destruction by fire leading to death," as investigators were favoring a "criminal" cause for the blaze, Paris prosecutor Remy Heitz told reporters at the scene.

A 40-year-old female resident of the eight-storey building has been detained and remained in police custody, he said.

Known to have had psychological problems, the woman was suspected to be behind the fire in Rue Erlanger, western Paris, he added, noting that the investigation will determine how the fire broke out and why it spread so quickly.

"France wakes up in emotion after the fire ... in Paris tonight. Thoughts for the victims. Thanks to the firefighters whose courage saved many lives," wrote President Emmanuel Macron in Twitter.