WORLD Death toll of quake in east Indonesia rises to 30, with 25,000 flee home

JAKARTA, Sept. 29 (Xinhua) -- The number of casualty climbed to 30 with 156 others injured, while around 25,000 people took shelters, a senior disaster agency official said on Sunday after a 6.5-magnitude quake hit Indonesia's eastern Maluku province three days ago. 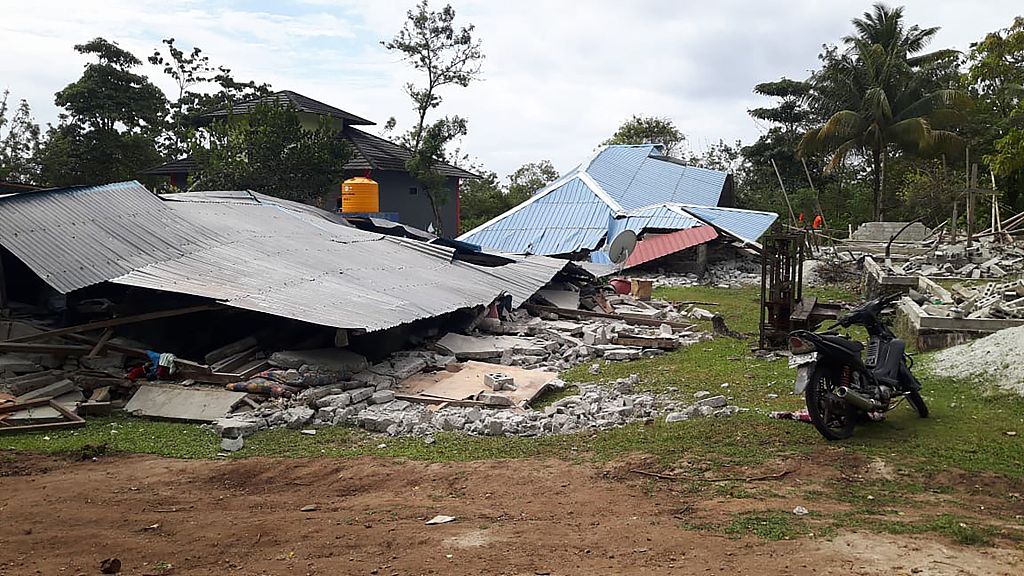 The jolts damaged 534 houses, one bride, nine office buildings, six education facilities, one health facility and two other infrastructure facilities, according to the spokesman of national disaster management agency Agus Wibowo.
"Risk assessment on the downside risks of the quake is persistently carried out," Agus told Xinhua in a text message, saying that most of the wounded persons were in Maluku Tengah district.
A quick respond task force kept assisting the administration of the Maluku province during emergency relief efforts, he said.
An emergency status has been announced in the capital city of the province Ambon from Sept. 26 to Oct. 9, aiming at paving the emergency relief works.
Fears for the possibility of tsunami and damages of houses amid frequent aftershocks have forced residents to flee home and take shelter, head of operation unit of the disaster management agency in the province Farida Salampessy told Xinhua by phone.
"There are some villages where all people leave the areas for fears of the tsunami from happening after the quake. The villages are empty now," she said.
Most of the victims were hit by falling blocks of concretes and parts of the buildings damaged by landslides, which were triggered by the jolts, secretary of national disaster management agency in Ambon, the capital of the province Eva Tuhumuri told Xinhua.
The quake rocked at 06 : 46 a.m. Jakarta time Thursday with epicenter at 40 km northeast Ambon and a depth of 10 km, according to official in charge of the meteorology and geophysics agency Ali Imron.