Death toll rises to 12 in boat sinking off western Turkey 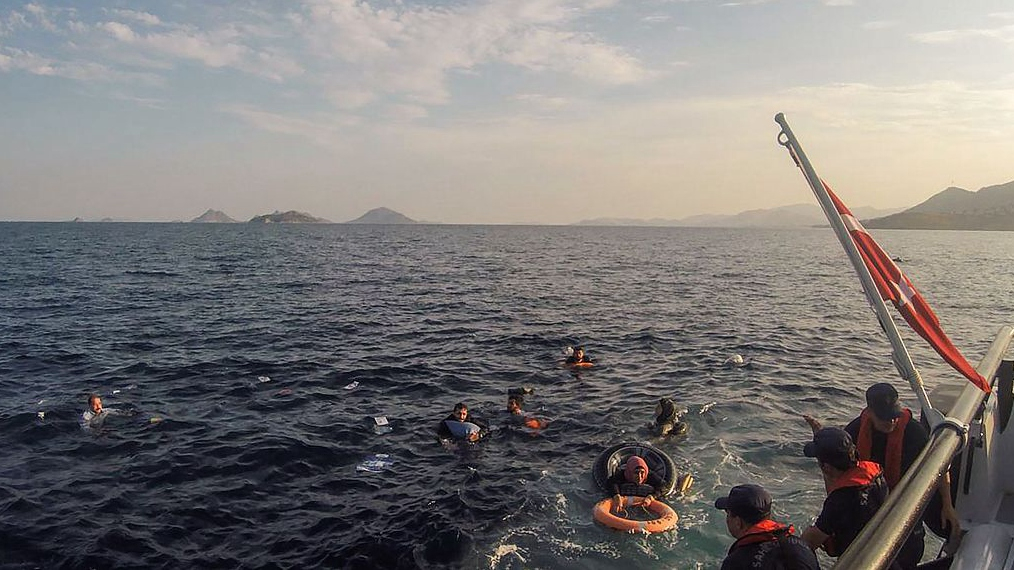 Illegal migrants being rescued after their boat sank in the Aegean Sea, off the coast of southwestern Turkey on June 17, 2019. (Photo: VCG)

The death toll has risen to 12 after an inflatable boat carrying migrants sank off Turkey's Aegean coast on Monday.

The rescue teams have pulled out 12 bodies from the sunken boat at a depth of about 32 meters, the Turkish coast guard said in an updated statement posted on its website, hours after it said eight bodies were recovered.

The rescue operation is continuing, the statement said, without revealing how many are still missing.

The coast guard said 31 were rescued after the inflatable boat capsized near the Bodrum district in Turkey's southwestern province of Mugla.

The force said the boat was carrying a total of 40 migrants in its previous statements, but it did not mention the figure in the third one.

The Aegean Sea was once the main route for migrants fleeing into Europe via Turkey. Turkey and the European Union signed a deal in March 2016 to curb the flow of migrants.

Since the beginning of this year, a total of 10,855 migrants have attempted to reach Greek islands via Turkey, slightly down from 11,682 over the same period in 2018, according to figures released by the Turkish coast guard.