KUALA LUMPUR, Dec. 16 (Xinhua) -- At least 13 people have been killed and others remained trapped in a landslide that happened in Malaysia's Selangor state at around 2:00 am local time on Friday, according to the authorities.

The landslide occurred at a popular campsite in the area, with 60 people having already been rescued, according to the fire and rescue department. 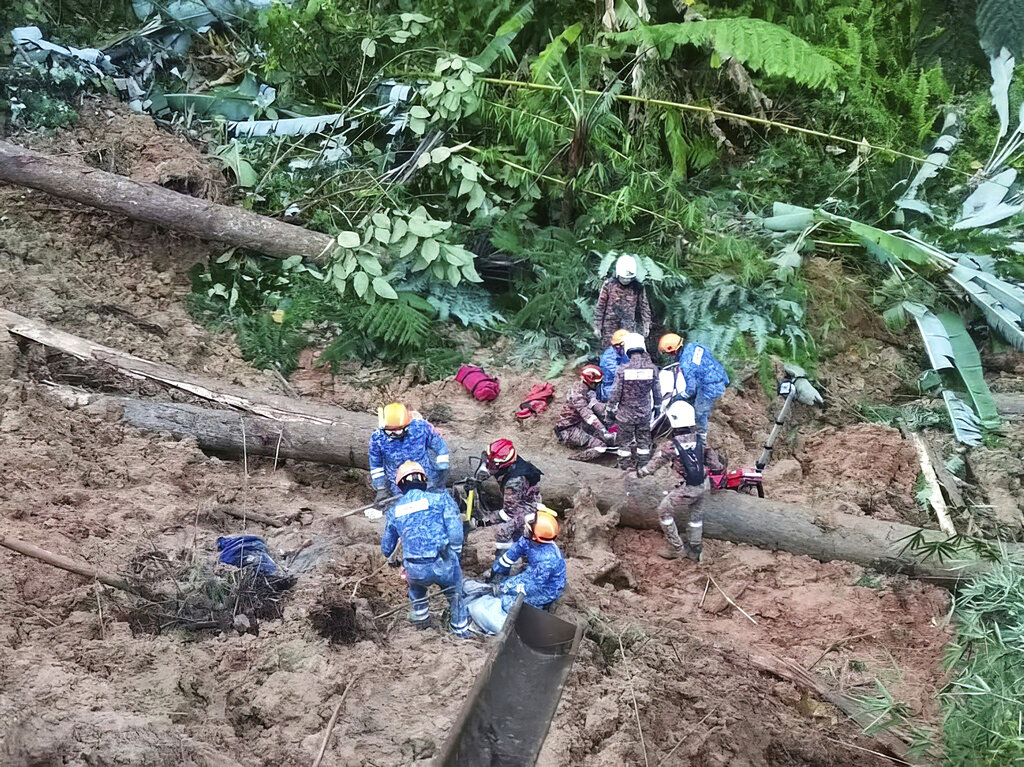 Selangor state fire and rescue department head Norazam Khamis said search and rescue efforts are underway for the remaining people believed to be trapped in the area, with at least 12 teams searching for survivors.

The department estimated in the morning that 79 people were trapped when the disaster happened.

Malaysia's National Disaster Management Agency said later on social media that 92 people were believed to be trapped by the landslide.

Meanwhile, Prime Minister Anwar Ibrahim said he will visit the site later Friday and he has ordered all relevant government bodies to conduct a thorough and systematic search and rescue effort.

Currently, search and rescue operation is being carried out with the assistance of the K9 tracker dog unit, the Emergency Medical Rescue Service from the Sentosa, Ampang, Pandan, Kota Anggerik, Kajang dan Andalas fire and rescue stations, and the Special Tactical Operation and Rescue Team, according to Bernama, the Malaysian National News Agency.

The country is currently being hit with the northeast monsoon which lasts from November to March with heavy rain being recorded in several states including Selangor, according to the country's meteorological department.