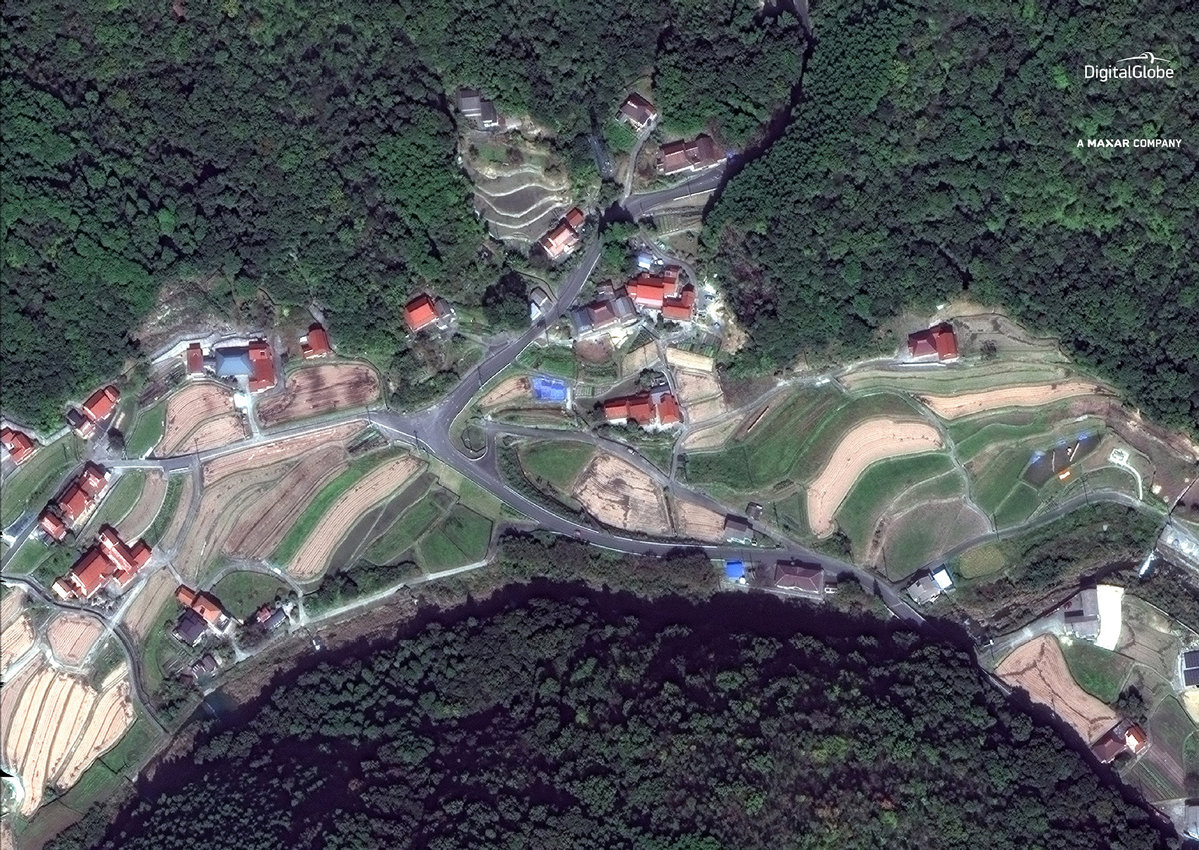 A satellite image of "before the floods" south of Enshoji, Japan, captured October 26, 2017. [Photo/Agencies] 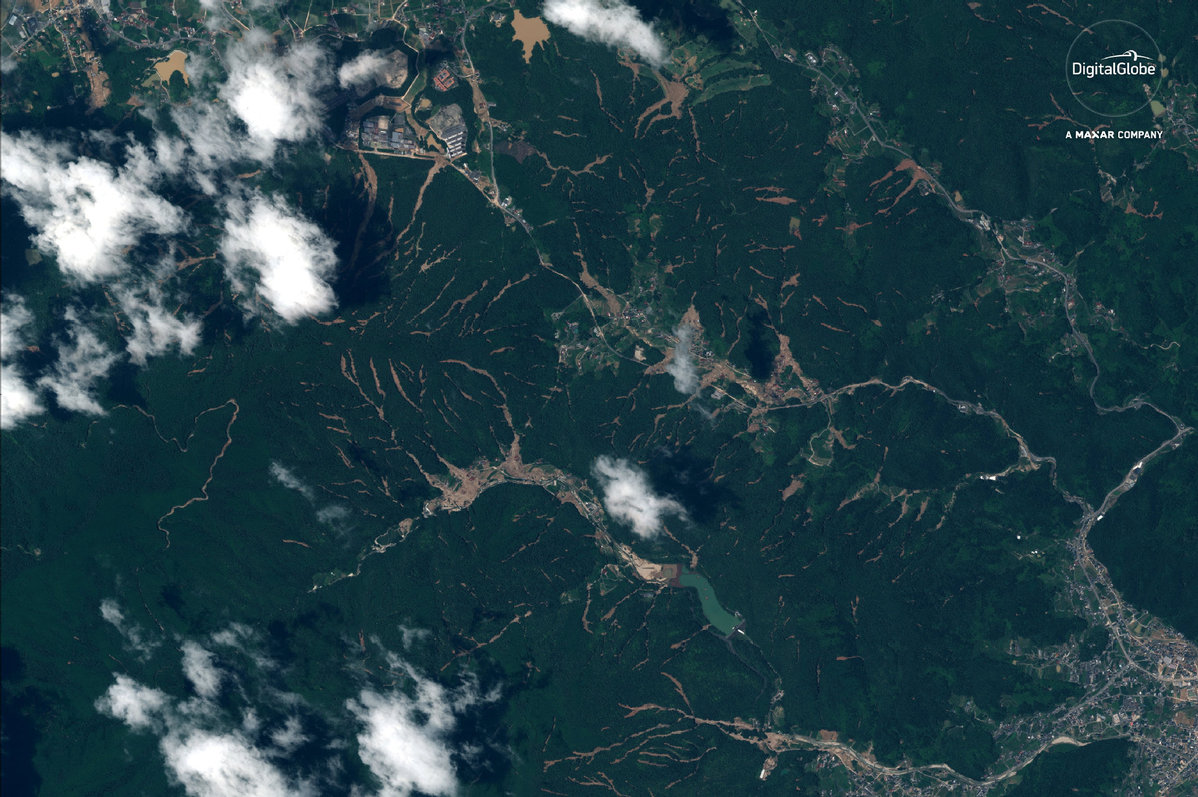 A satellite image of "after the floods" damage northwest of Yasuura, Japan, captured July 10, 2018. [Photo/Agencies]

According to Japan's public broadcaster NHK, 158 people have been confirmed dead in 12 prefectures and 56 people are still unaccounted for.

Hiroshima prefecture was hit hardest by the record rainfall and subsequent landslides, with death toll there reaching 59, while Okayama prefecture suffered 54 deaths.

The government and local municipalities have stepped up search and rescue efforts to find the 56 people that are still unaccounted for, and as most of the people missing are in Hiroshima, death toll could further rise in the prefecture.

Meanwhile, more than 10,000 people in 15 prefectures were still staying under evacuation shelters as of Tuesday noon, with blazing heat now compounding the problem. 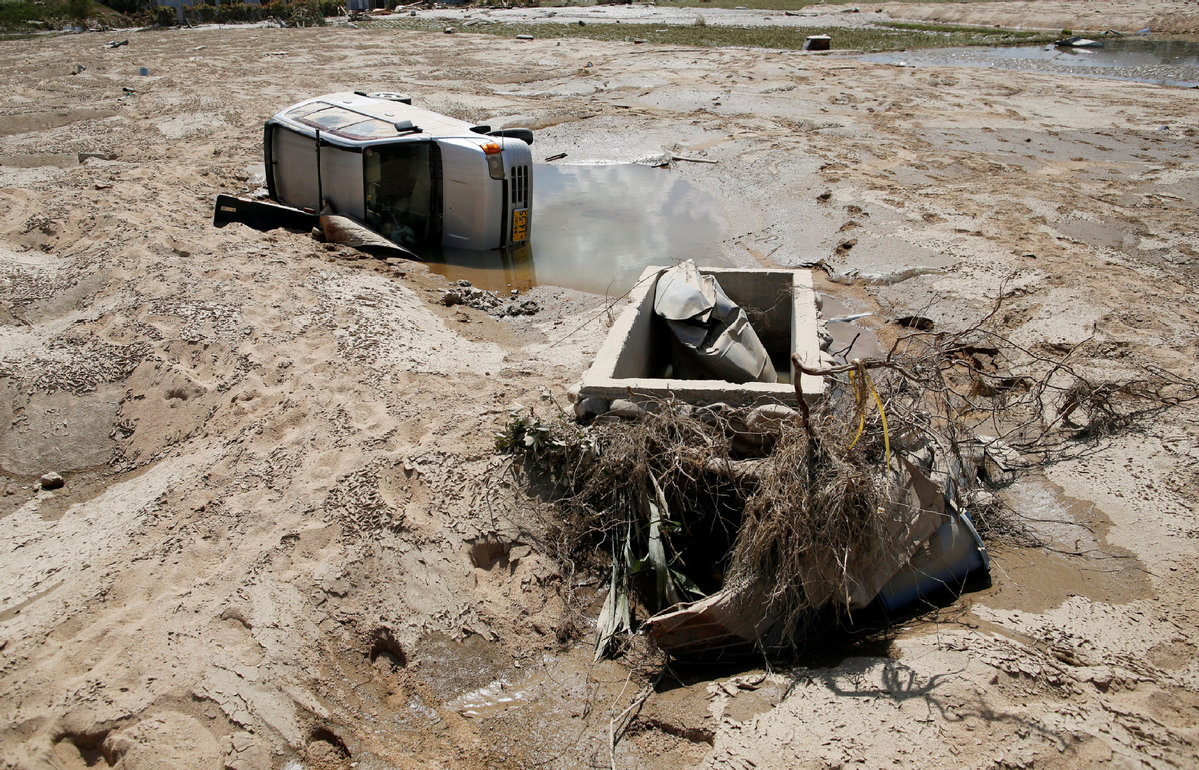 A submerged car is seen in a flooded area in Mabi town in Kurashiki, Okayama Prefecture, Japan, July 10, 2018. [Photo/Agencies]

According to the Japan Meteorological Agency (JMA), an active seasonal rain front caused torrential rain in most eastern and western regions of Japan since last Thursday.

The agency has warned that Japan's Kinki region, which includes Kyoto, Hyogo and Osaka prefectures, could be particularly hard-hit by downpours, escalating the risk of floods, landslides, lightning and tornadoes.

Regarding the heavy casualty, Emi Masatani, an expert from Japan Bousaisikai, a non-profit disaster-prevention organization, told Xinhua that people in Japan normally attach great importance to prevention of natural disasters, but sometimes fail to pay enough attention to heavy rainfalls as they are predictable. 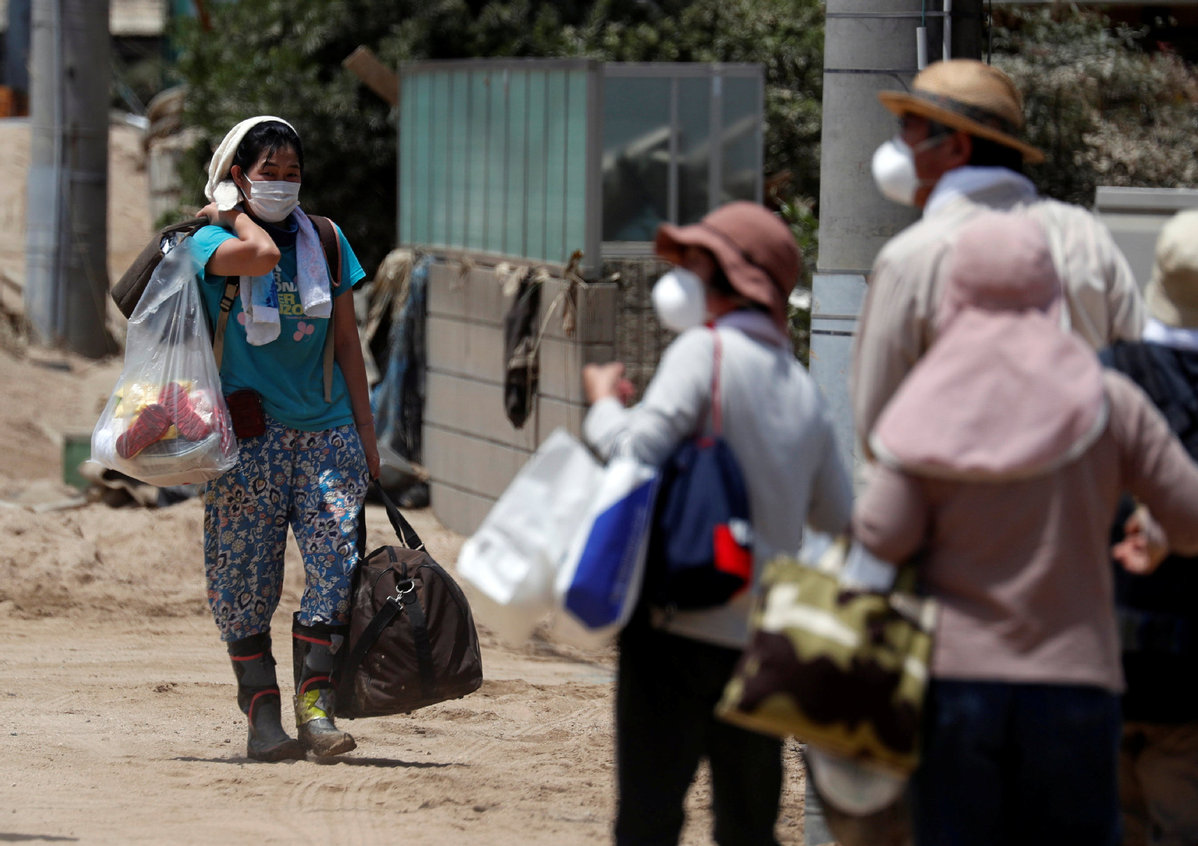 According to local reports, many people chose to stay at home even after the weather agency issued emergency warnings and evacuation orders following the heavy rain and thus lost the chance to escape when flooding or landslides occurred.

Japanese Prime Minister Shinzo Abe who canceled his trip to Europe and the Middle East to attend to the disaster, told a meeting of the government's crisis response unit that reserve funds would be made available before requests came in from local governments.

"We will assess the needs of victims and push for quick reconstruction," the prime minister said.

Abe is scheduled to visit Okayama prefecture on Wednesday to inspect the damage and assess the evacuees' needs. 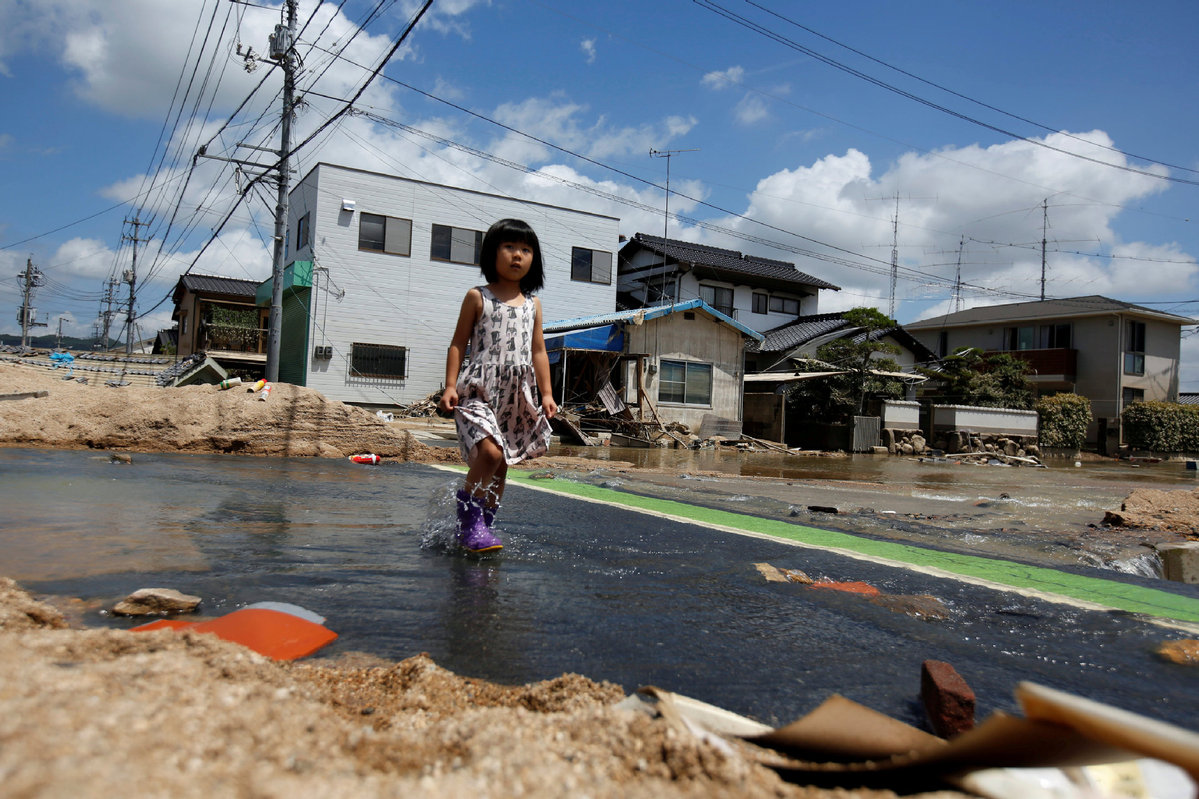 Japan's top government spokesperson Chief Cabinet Secretary Yoshihide Suga told a press briefing that the government is likely to tap into reserve funds of about 2 billion yen (18 million US dollars) to help deal with the disaster's aftereffects.

The Fire and Disaster Management Agency said that as of Tuesday morning, 347 homes have been partially or completely destroyed by the downpours or in landslides and 9,868 homes have been flooded.

Abe also said that to address food and water shortages in some of the disaster areas, trucks carrying food and water stocks to retail stores, including convenience stores, will be considered emergency vehicles.

The Health Ministry said that as of Tuesday morning, nearly 300,000 homes spanning 12 prefectures in western Japan were still without water supply.

To safeguard their workers, some major businesses in the disaster-hit regions have halted production, including at Mitsubishi Motors Corp. and a subsidiary of Toyota Motor Corp.