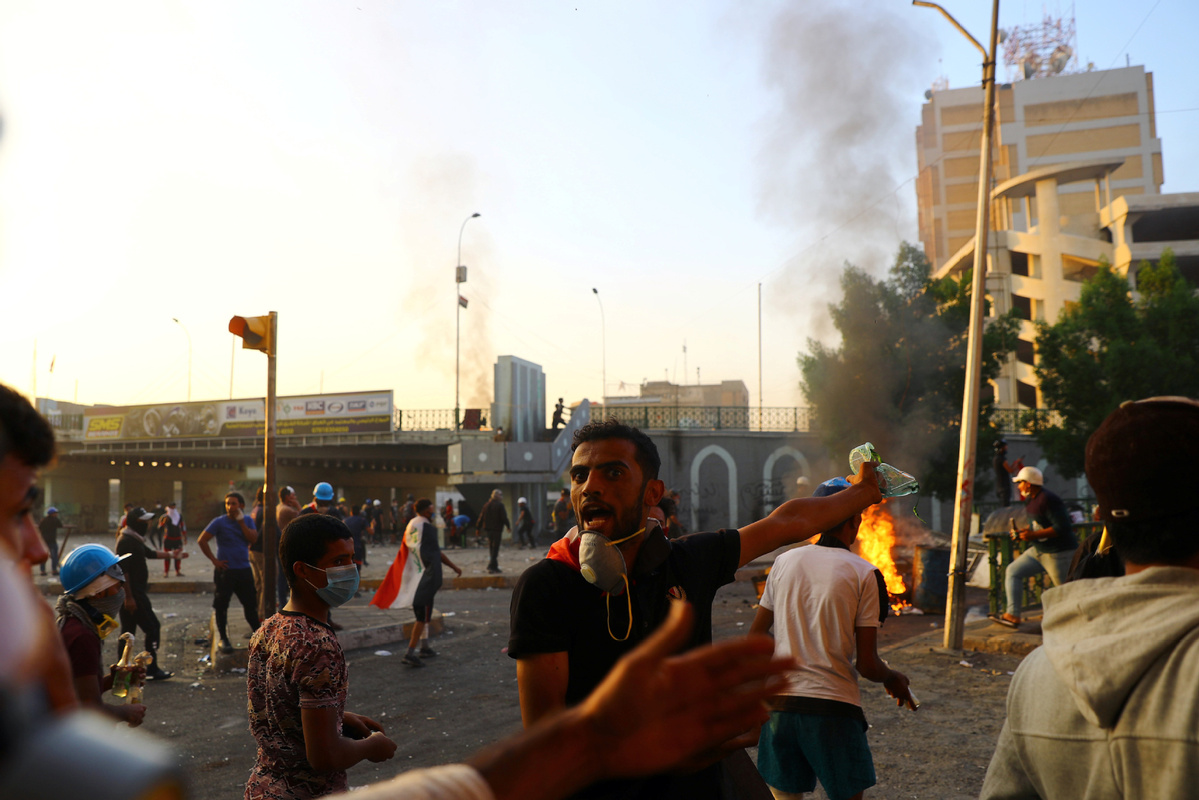 BAGHDAD -- Up to 23 people were killed, and 137 others wounded in Friday's attack on protesters in Iraq's capital Baghdad, an Interior Ministry official said Saturday.

"The final toll of the attack by unidentified gunmen on demonstrators on Friday evening is 23 killed and some 137 others wounded," the official told Xinhua on condition of anonymity.

On Friday evening, dozens of unidentified gunmen, in four-wheel drive and pick-up vehicles, broke into the al-Khalani Square in central Baghdad and opened fire with assault rifles on demonstrators.

The attack pushed many of the protesters to take cover in buildings and mosques at the scene, or flee for their lives to nearby al-Tahrir Square, the epicenter of the protest movement.

In a statement by his office, Iraqi President Barham Salih described the attack on the protesters as "criminal attack" and called on the authorities to "prevent and criminalize" any armed and violent reaction to the peaceful demonstrators.

For her part, Jeanine Hennis-Plasschaert, the special representative of the UN secretary-general for Iraq, condemned with "strongest terms" the shooting of unarmed protesters in central Baghdad on Friday evening.

"The government must identify the perpetrators and bring them to justice without delay," said Hennis-Plasschaert, according to a statement by UN Assistance Mission for Iraq.

She urged the Iraqi armed forces "to spare no effort to protect the peaceful demonstrators from violence by armed elements operating outside the control of the state."

Meanwhile, the Iraqi Independent High Commission for Human Rights condemned the attack and considered it as "terrorist crimes."

The commission also called on the Baghdad Operations Command and other security forces to "arrest the criminals who caused this heinous criminal act that amounts to terrorist crimes in accordance with the Iraqi anti-terrorism law."

Mass demonstrations have continued in the capital Baghdad and other cities in central and southern Iraq since early October, demanding comprehensive reform, fight against corruption, better public services and more job opportunities.