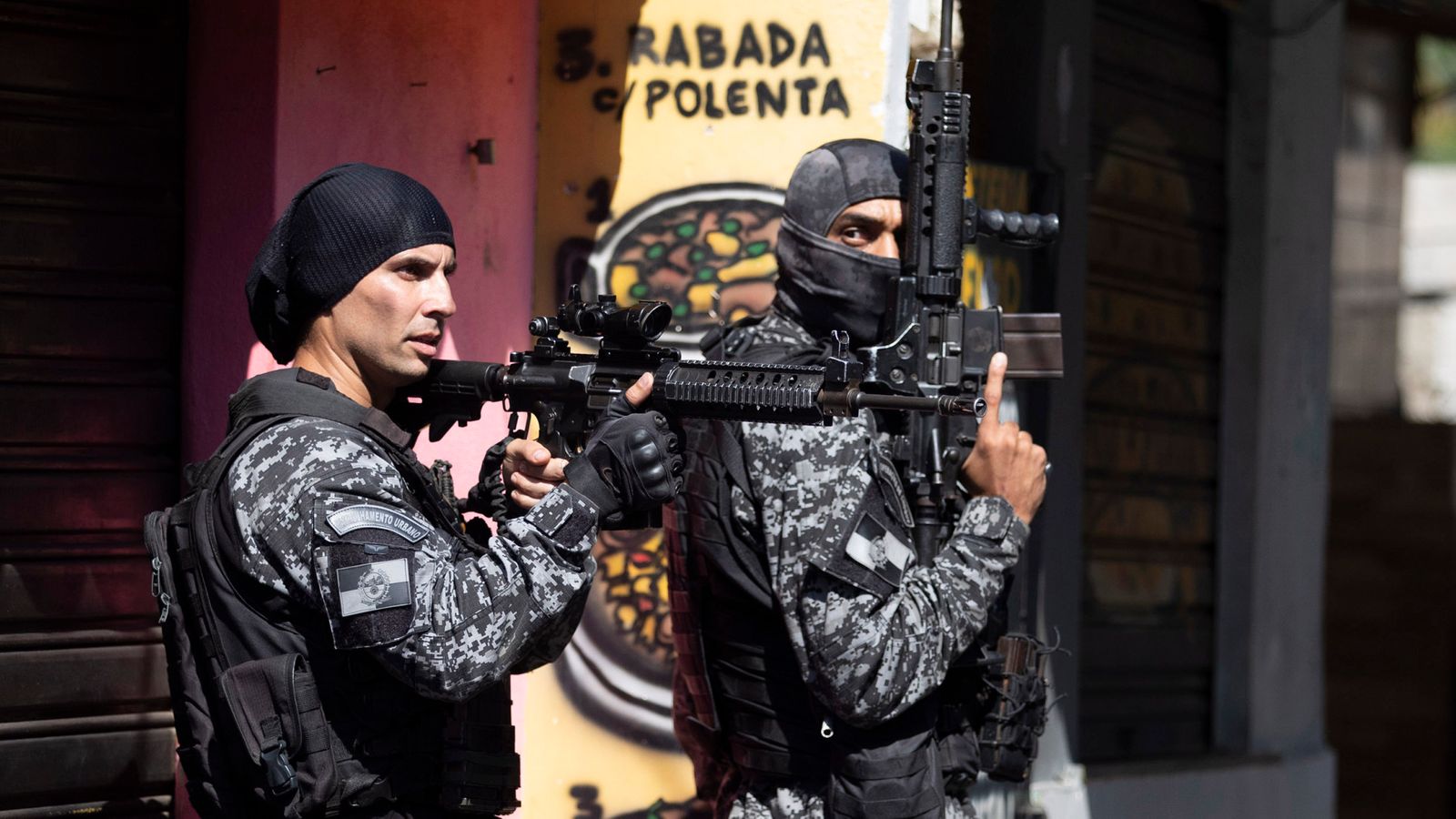 Police and special forces preparing for the op. Photo: AP

RIO DE JANEIRO, May 6 (Xinhua) -- At least 25 people were killed and another five injured on Thursday in an intense shootout in northern Rio de Janeiro between police and suspected drug traffickers.

According to the Rio de Janeiro Civil Police, one police officer died as a result of the shootout, while the other 24 people killed were allegedly members of a criminal organization that dominates the Jacarezinho favela.The event occurred in the early hours of Thursday in Jacarezinho during a Civil Police operation against drug trafficking and organized crime in the area.Audio and video pieces circulating on social media networks showed intense gunfights and gas bomb explosions in several parts of the favela, and images taken from helicopters showed armed people fleeing across the rooftops and terraces.Jacarezinho is dominated by the so-called Red Command, the largest criminal faction in Rio de Janeiro.Unlike many of the city's populous slums that sit on the hills, Jacarezinho is in a flat area where criminals have set up barricades to make it difficult for security forces to access.The Red Command is allegedly behind several homicides, robberies, trains hijackings and recruitment of minors for drug trafficking in Jacarezinho, according to the police.