Death toll rises to 35 in aftermath of Japan's Hokkaido quake

TOKYO, Sept. 8 (Xinhua) -- A total of 35 people have been confirmed dead, two others in state of cardiopulmonary arrest and three remain missing in the wake of a powerful earthquake that rocked Hokkaido Prefecture in northern Japan days ago, local authorities said on Saturday. 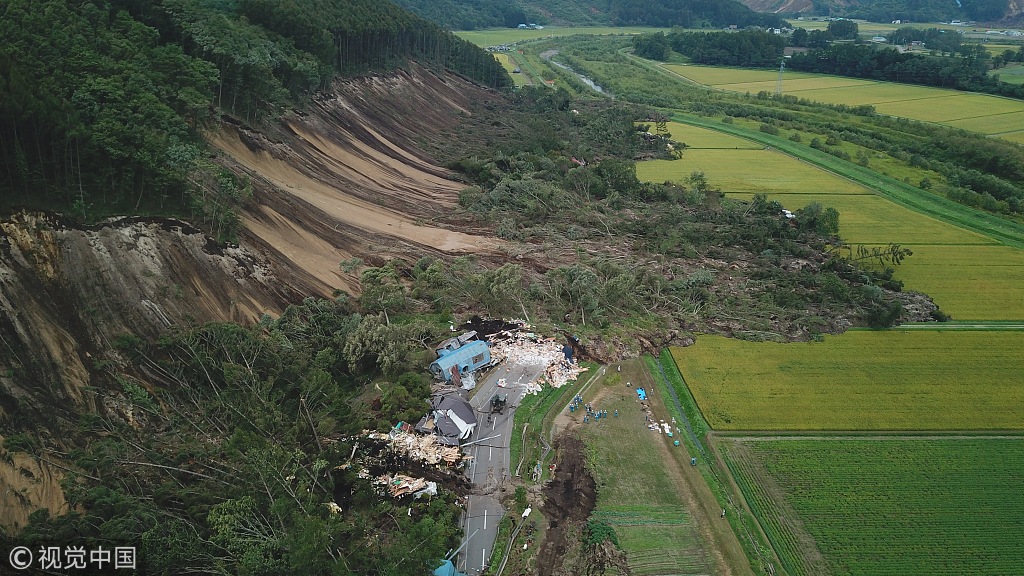 According to the local governments, a total of 31 people in the town of Atsuma, one of the hardest-hit areas by the 6.7-magnitude quake, have been confirmed dead, two others in the town were in state of cardiopulmonary arrest, and three were unaccounted for.

Meanwhile, four men in the city of Sapporo, the city of Tomakomai, the town of Mukawa, and the town of Shinhidaka, respectively, were also confirmed dead, bringing the death toll to 35.

About 640 others across the prefecture have reportedly been injured due to the quake, while rescuers race against time to search for the unaccounted for.

At one point after the powerful quake on Thursday which logged the maximum 7 on Japan's seismic intensity scale, some 2.95 million homes in Hokkaido were without electricity as the whole prefecture suffered a power outage.

According to Hokkaido Electric Power Co., Inc., as of Saturday night, power supply has almost been fully restored except for a few hundred of households.

On the other side, the government and the power company also called for homes and offices already with power to cut usage, with risks that power supply would be unable to meet the peak demand during the weekdays. 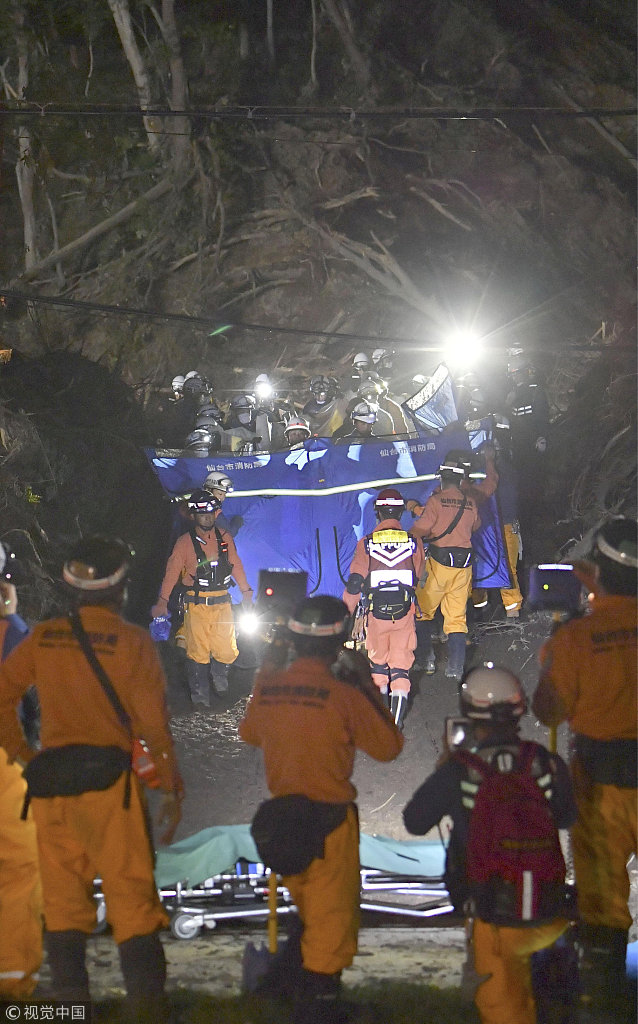 Firefighters carry a missing person found from an area damaged by a landslide caused by an earthquake in Atsuma town, Hokkaido, northern Japan, in this photo taken by Kyodo September 8, 2018. (Photo: VCG)

New Chitose Airport, the main gateway to Hokkaido, has resumed international flights Saturday after it restarted services for domestic flights the previous day, though many passengers were unable to book seats on flights to get out of Hokkaido due to the masses of people waiting to leave.

While hundreds of aftershocks have followed since the powerful quake on Thursday, the Japan Meteorological Agency (JMA) has warned that earthquakes with a similar magnitude could still occur in the area during the week following the previous quake.

As heavy rain is expected to hit some of the quake-hit areas from Sunday, the JMA also warned about possible landslides and other secondary disasters.