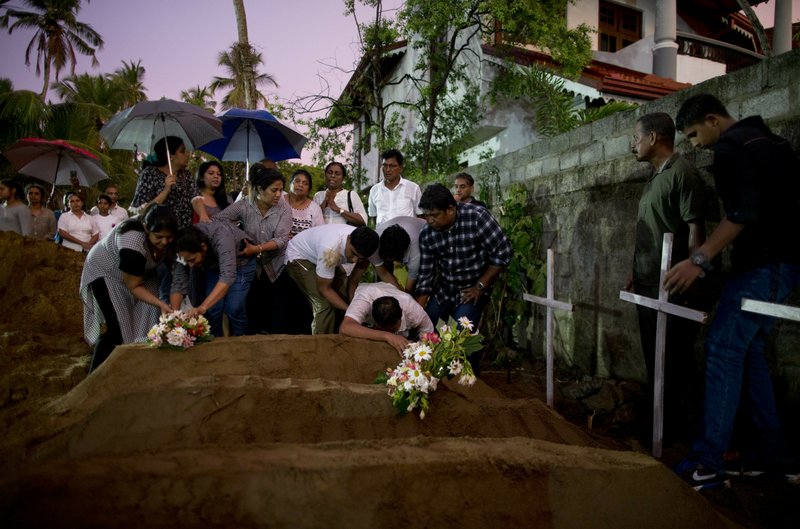 New Delhi (People's Daily) -The death toll from the Sri Lanka explosions has risen to 359 and more suspects have been arrested, Sri Lanka police said.

Prime Minister Ranil Wickremesinghe warned on Tuesday that several suspects armed with explosives were still at large and investigators were still determining the extent of the bombers' foreign links.

Another top government official said the suicide bombings at churches, hotels and other sites were carried out by Islamic fundamentalists in apparent retaliation for the New Zealand mosque massacre last month.

The Islamic State group has claimed responsibility for the attacks and released images that purported to show the attackers.

(Agencies contributed to the story)