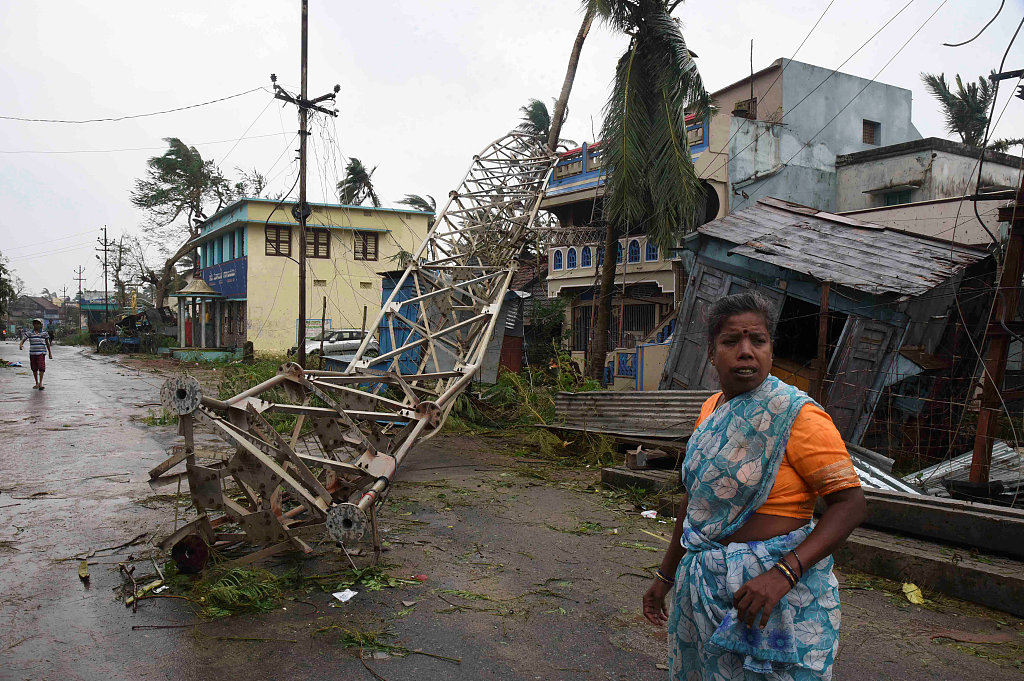 A woman stands next to a damaged communication tower after cyclone Titli hit in Srikakulam district in the southern state of Andhra Pradesh, India, October 11, 2018. (Photo: VCG)

The cyclone inflicted an estimated loss of 300 million US dollars, a local government spokesman said.

"The government has mooted the process of relief and restoration and besides this Chief Minister Navin Patnaik has hiked the ex-gratia for the kin of the victims to 13,588 US dollars from earlier announced 5,436 US dollars," said the spokesman.

The cyclone caused widespread damage in the two states by uprooting scores of trees and electric poles.

Of the 57 deaths, 39 were reported from Gajapati district, officials said.

"Almost all the thoroughfares have been repaired and power and drinking water supplies restored in the urban areas. However, in the rural areas, the work is still in progress," he said.

The Odisha government in anticipation of the severe cyclone had evacuated more than 300,000 people from coastal districts.