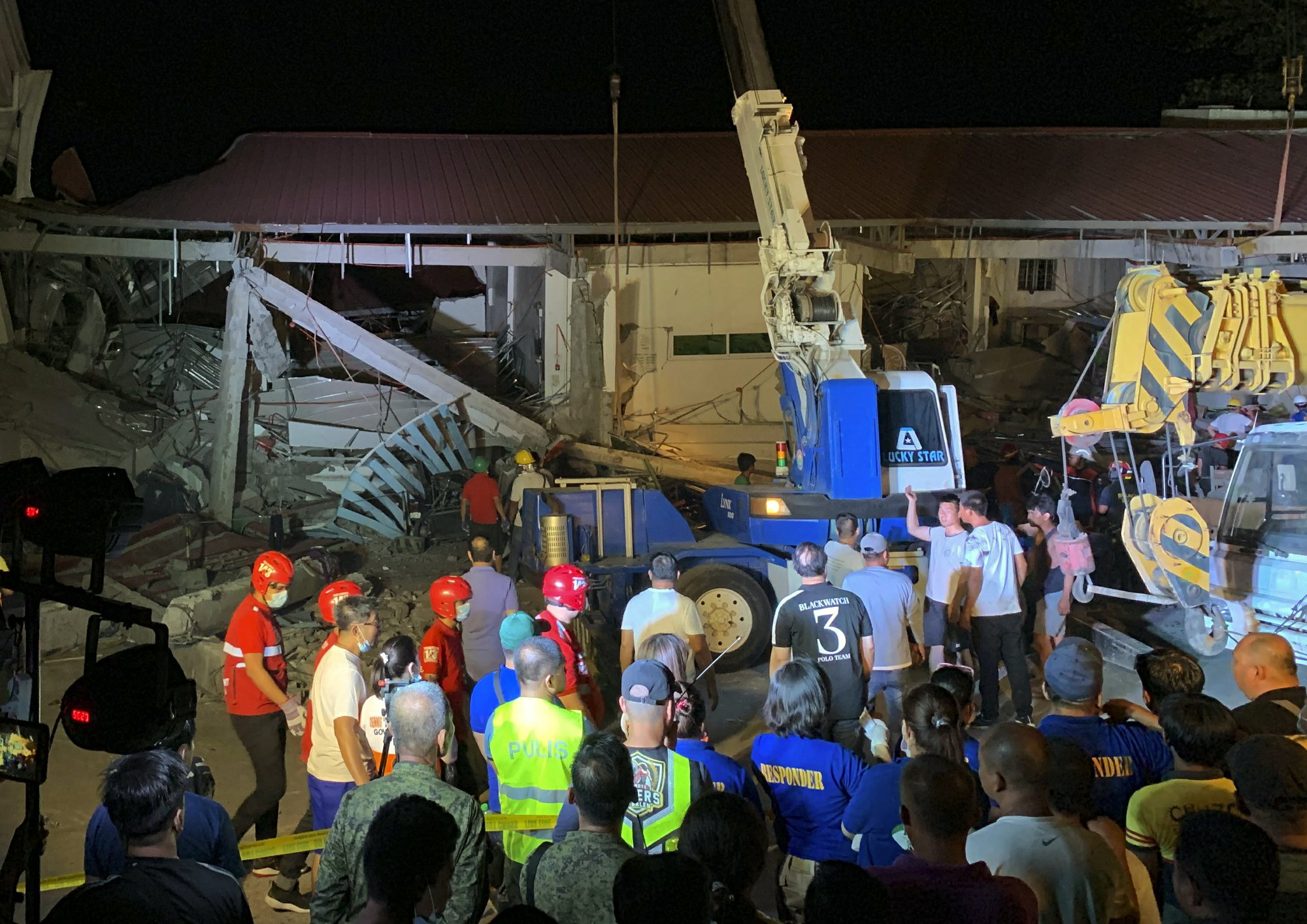 Condralito Dela Cruz, mayor of Porac town, said search and rescue operation continued until Tuesday morning as an un known number of people were still trapped under the rubble of the collapsed supermarket building.

The number of casualties is expected to rise as reports poured in from the affected provinces.

The Philippine Institute of Volcanology and Seismology (Phivolcs) said Monday's quake was detected at a depth of 12 km, with an epicenter about 18 km northeast of Castillejos, a town in Zambales province in the western part of Luzon.

Jose Angelo Dominguez, the mayor of Castilljos town, where the epicenter of the quake was detected, said nobody died and no houses or building collapsed in his town.

Philippine President Rodrigo Duterte has ordered an immediate assessment of areas affected by the earthquake. The quake knocked down buildings and walls, and cracked road surfaces in Pampanga province and other parts of central Luzon. A number of churches, including a century-old Roman Catholic church, were also damaged.

It also shook high-rise building in Metro Manila, the Philippine capital, prompting office workers to dash out of the building offices.

Public schools and government offices in Metro Manila and outlying provinces were closed on Tuesday to make way for inspection of the buildings.

Right after the earthquake, power outages occurred in some affected areas in Luzon and efforts are underway to restore power.

Authorities at the Clark International Airport in Pampanga province suspended the operation for 24 hours beginning 7:40 p.m. local time (1140 GMT) Monday night. At least seven people suffered minor injuries when a part of the ceiling at the check-in lobby of the airport collapsed.

The earthquake-monitoring Phivolcs said it has recorded over 400 low magnitude aftershocks since Monday night.

The Philippines, which lies along the "Pacific Ring of Fire," has numerous active faults and trenches on both sides of the archipelago. Phivolcs said several quakes rattle the archipelagic country every day, though most are not felt. 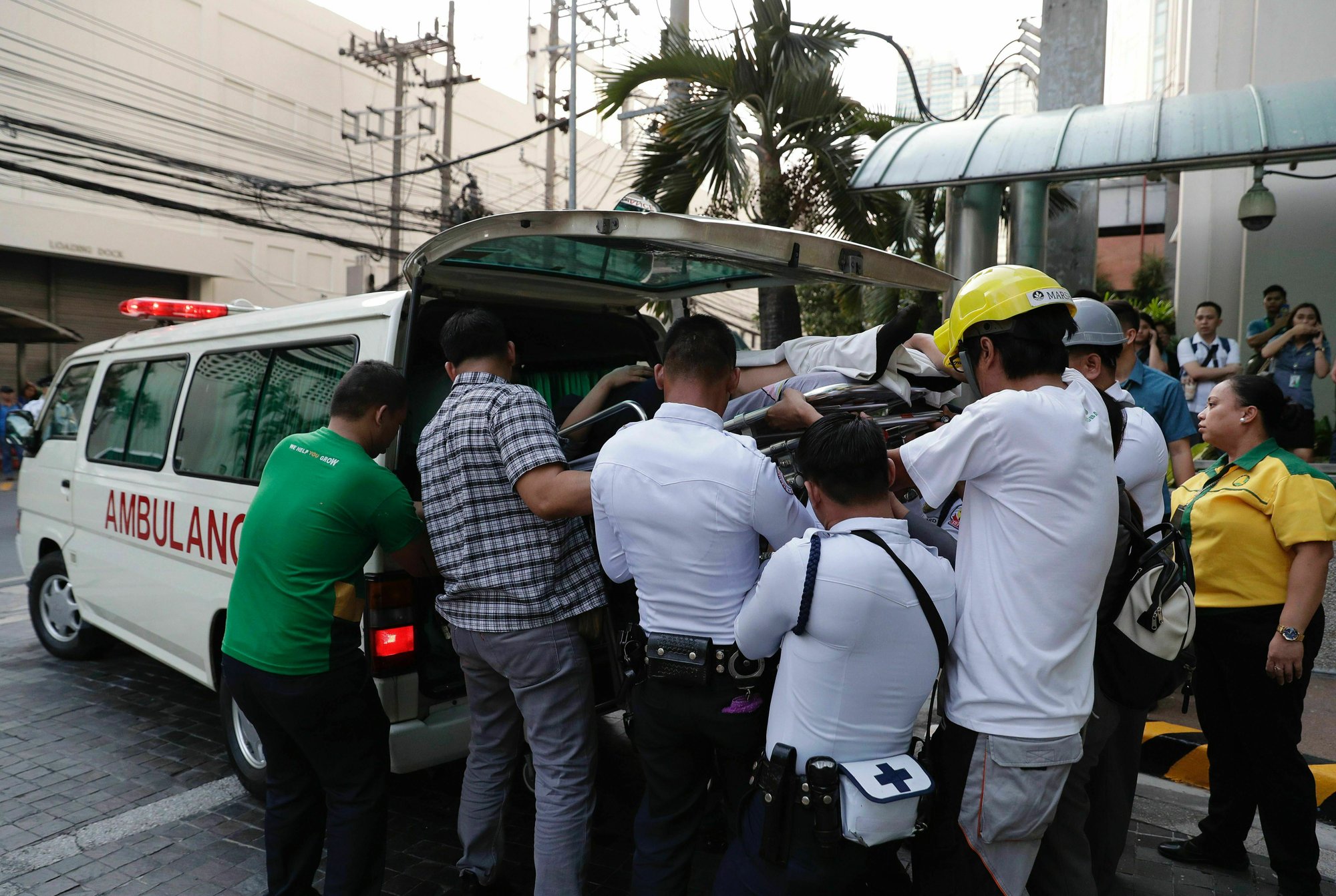 Security and health workers carry a woman employee to an ambulance after she became dizzy as an earthquake hit Manila, Philippines Monday, April 22, 2019.  (Photo: AP)

The geographic and geologic settings of the Philippines make the country prone to earthquakes. Phivolcs records an average of 20 earthquakes a day and 100 to 150 earthquakes are felt per year.

During the last several decades, the Philippines has suffered several devastating earthquakes.

In 1968, about 200 people died when the Ruby Tower collapsed in a 7.3-magnitude earthquake in Manila.

More than 6,000 people died when a tsunami caused by a 7.9-magnitude earthquake in the Moro Gulf in Mindanao in the southern Philippines hit them in 1976.