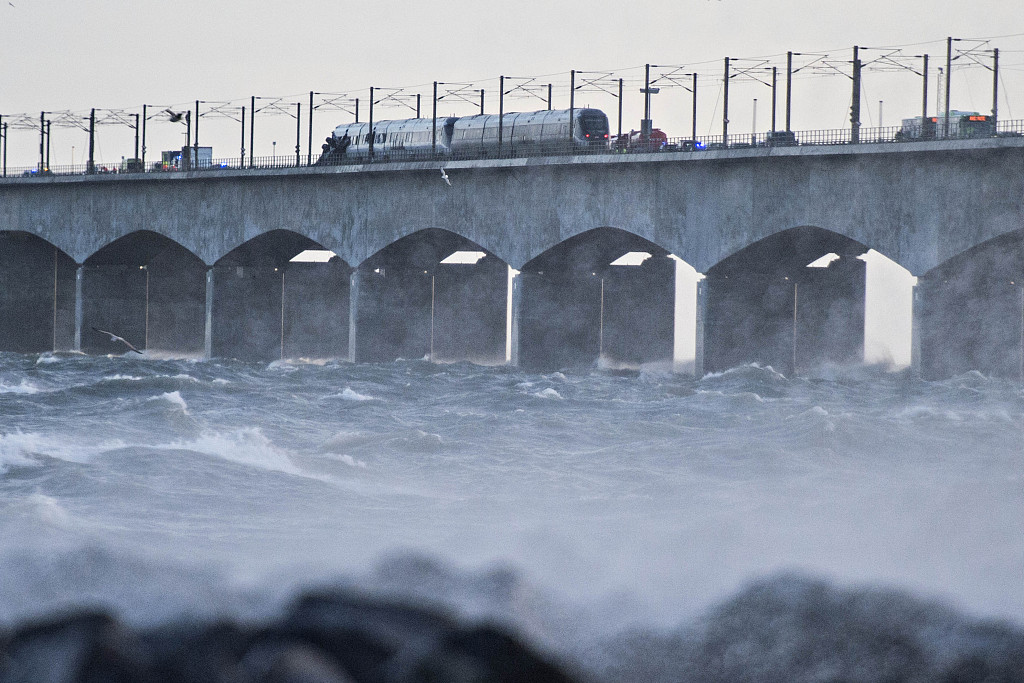 A passenger train is seen on the Great Belt Bridge after a railway accident on January 2, 2019 in Nyborg, Denmark. (Photo: VCG)

The death toll from a train accident in Denmark, when a truck trailer appeared to blow off a cargo train in strong winds and hit a passenger train, has risen from six to eight, police said Thursday.

"Police have now examined the train and found two more deceased," police said in a statement.

Five women and three men were killed in the accident, which occurred in Wednesday morning's rush hour traffic on the Great Belt Bridge linking the islands of Zealand, where Copenhagen is located, and Funen.

Sixteen others were hurt, but none of them suffered life-threatening injuries.

Investigators said Wednesday the passenger train appeared to have struck an empty truck trailer that had blown off a cargo train travelling in the opposite direction on a different track.

Debris could be seen lying across the front of the passenger train.

Investigators said they did not yet know why or how the trailer fell off.