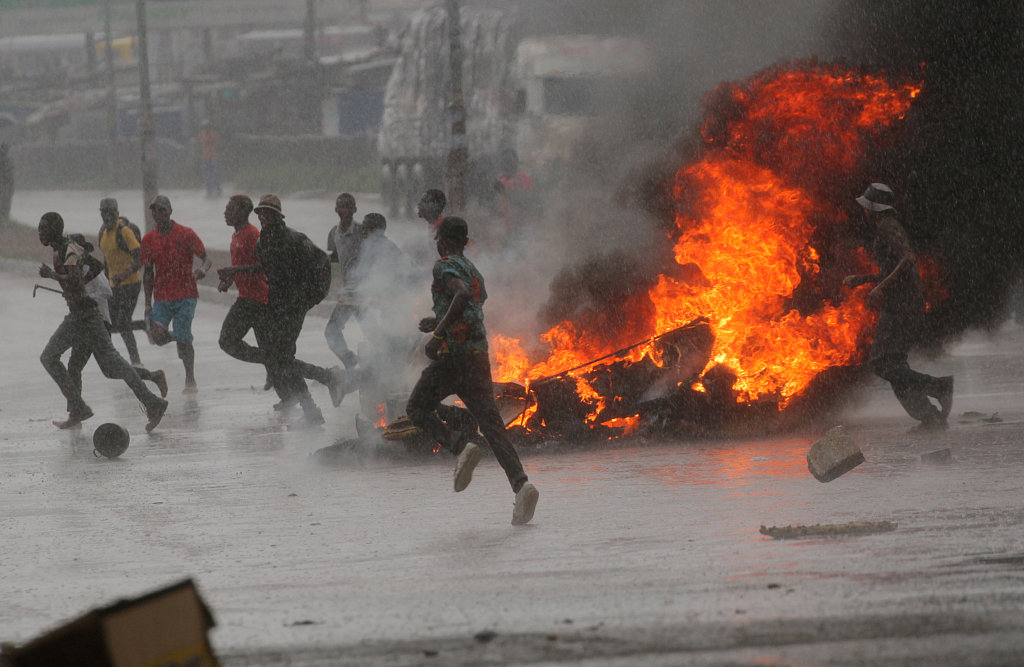 People run at a protest as barricades burn during rainfall in Harare, Zimbabwe January 14, 2019. (Photo: VCG)

Violent protests that erupted in Zimbabwe on Monday after the government more than doubled fuel pump prices have claimed lives, the country’s national security minister said without specifying the numbers killed.

Accusing the opposition and civil society organisations of being behind the protests, Owen Ncube said in a statement that "regrettably, this has resulted in the loss of life and property including injury to police officers and members of the public.

"We express our deepest condolences to the bereaved families."