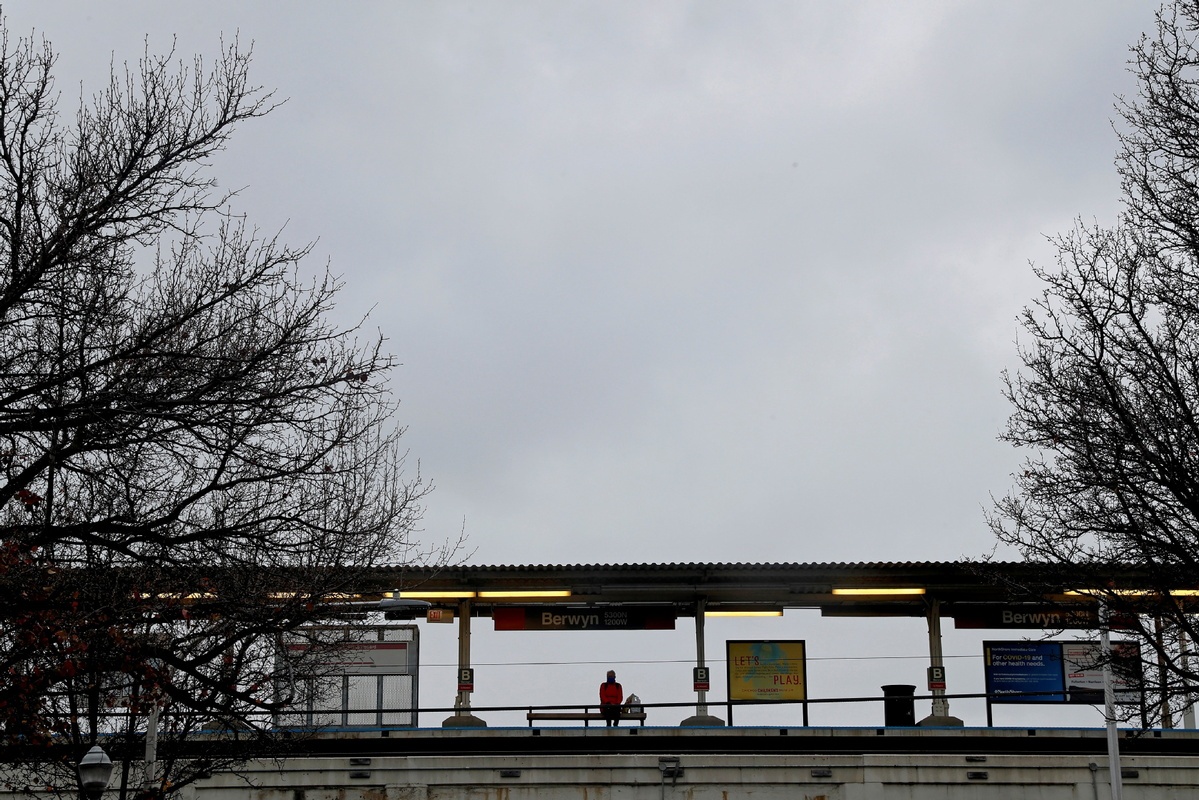 A woman wearing a protective face mask sits, as the global outbreak of the coronavirus disease (COVID-19) continues, waiting for the CTA train station at the Berwyn stop in Chicago, Illinois, US, December 6, 2020. (Photo: Agencies)

Not the highest in the United States, Illinois' 27-percent increase in deaths still led all its neighboring states by 4 to 9 percentage points.

COVID-19 virus is to blame for most of these extra deaths, but not all, the Chicago Tribune reported on Thursday. For every five known COVID-19 deaths in Illinois, there were two other deaths that exceeded the typical numbers.

During the 10 months from March 1 to Jan. 2, the CDC estimates COVID-19 was blamed for 16,887 deaths in Illinois. Taking out the COVID-19 deaths leaves an additional 6,880 deaths above the average that were not tied to the coronavirus.

Illinoisans aged 75-84 saw deaths increase nearly 30 percent above average. For those aged 65-74, the increase was 35 percent. Even the middle-aged saw a bigger jump than the oldest age group; for example, those aged 25-44 died at rates 32 percent more than average.

The only age group to see a drop in deaths was people under 25, with a slight dip of less than 2 percent, the Chicago Tribune reported.

Illinois typically records roughly 4,700 deaths among Hispanic residents in the last 10 months of a year. But in 2020, CDC estimated the figure at more than 8,400, nearly 81 percent higher than average and roughly doubling the 41-percent jump in deaths among Black residents.

For non-Hispanic white Illinoisans, the jump was 18 percent.

For 2021, CDC estimated that in the seven-week period ending Feb. 20, Illinois will report roughly 17,500 deaths, about 2,000 more than average or up 13 percent from what the state typically reports for the time frame.