WORLD Deaths of migrants in Americas up by a third from last year: IOM

Deaths of migrants in Americas up by a third from last year: IOM 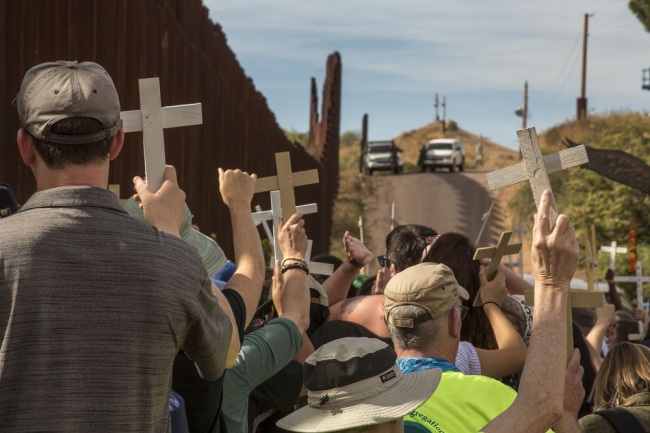 A rally held on both sides of the US-Mexico border fence remembers migrants who have died trying to cross the border. (Photo: IC)

The International Organization for Migration (IOM) said Friday its Missing Migrants Project found that at least 514 people have lost their lives in the Americas in 2019, an increase of just over one-third from one year ago.

IOM spokesperson Joel Millman said at a UN briefing here that in the same period in 2018, the deaths of 384 people were recorded.

"This is the earliest point in any of the past six years that IOM's Missing Migrants Project has reached a threshold of 500 or more deaths in the Americas," said Millman.

The rest were reported either further south, in Central America (80), or near Caribbean Sea islands (151) or in South America (30).