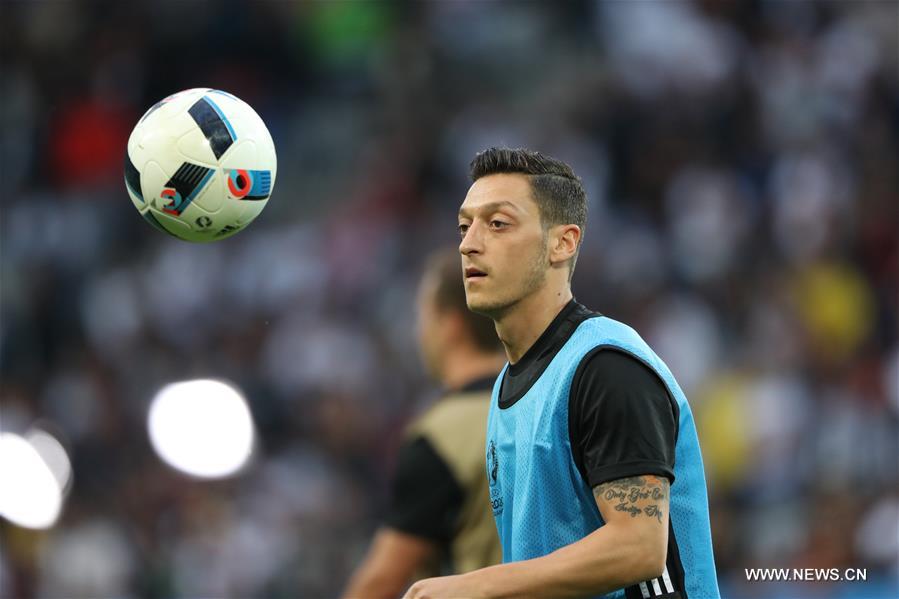 Speaking to the newspaper BILD, Maas criticized the racist undertones in some attacks launched against Ozil in response to his exit from official German football. "It hurts the reputation of Germany if the impression is created that racism is acceptable once again," Maas said.

Publishing a lengthy resignation letter on twitter, Ozil complained about facing discrimination from sports officials, the media and fans in Germany because of his Turkish roots. "In the eyes of Grindel (DFB president Reinhard Grindel, note) and his helpers I am German when we win, but an immigrant when we lose," Ozil wrote on Twitter.

Senior politicians and sports executives have since expressed concerns that development could deprive citizens with migratory backgrounds of an important role model for overcoming cultural divisions in Germany. German Justice Minister Katarina Barley (SPD) told the press that it was an "alarming sign when a great German football player like Mesut Ozil feels unwanted in his country because of racism and longer feels represented by the German Football Association (DFB)."

The Green party (Gruene) parliamentary delegate Cem Oezdemir argued in the newspaper Berliner Zeitung that it would be "fatal" if young Germans of Turkish descent gained the impression that there was no place for them in the national football team.

Former DFB president Theo Zwanziger similarly opined that Ozil's departure from the squad constituted a "serious setback for the integration policy efforts of our country."

Ozil, 29, was a key member of Germany's World Cup-winning side in 2014 and was voted by fans as the team's player of the year on several occasions. More recently, however, the midfielder faced heavy criticism for having his photograph taken with Turkey's President Recep Tayyip Erdogan shortly before national elections were held in the country.

In a move which could cause further damage to already strained diplomatic relations between Berlin and Ankara, the Turkish government offered vocal praise for Ozil's decision to turn his back on the squad. "We fully support the honorable decision of our brother Mesut Ozil," a statement by Sports Minister Mehmet Kasapoglu read.

Ozil's relationship with Erdogan remains highly controversial in Germany. For some far-right politicians, the footballer's resignation is suggestive of a general unwillingness of migrants to integrate into local society.

Although Ozil is a German citizen and was born in the country, Alternative for Germany (AfD) parliamentary faction leader Alice Weidel described his "departing tirade" as a "typical example for failed integration from far too many immigrations from the Turkish-Muslim cultural sphere". "Integration wishful thinking does not even work for football millionaires," Weidel wrote on Twitter.

The federal government's integration commissioner Annette Widmann-Mauz (CDU) has argued that Ozil's Turkish roots do not mean that he can expect to be spared from any criticism of his foreign political affiliations. Nevertheless, she emphasized that such comments could not take the shape of a "general defamation of players with migratory backgrounds."

On Monday, Maas consequently lamented that the ongoing debate was indicative of the "bitter hostility" which migrants still encountered from many citizens in Germany and noted that the number of xenophobic and anti-Semitic assaults recorded by the authorities remained "depressingly high".

"This is simply shameful for our country," Maas added.