NEW YORK, Sept. 8 (Xinhua) - It's been only a few weeks since millions of children returned to America's schools -- but the debate surrounding the teaching of gender identity and race is already at a fever pitch, reported CNN on Wednesday. 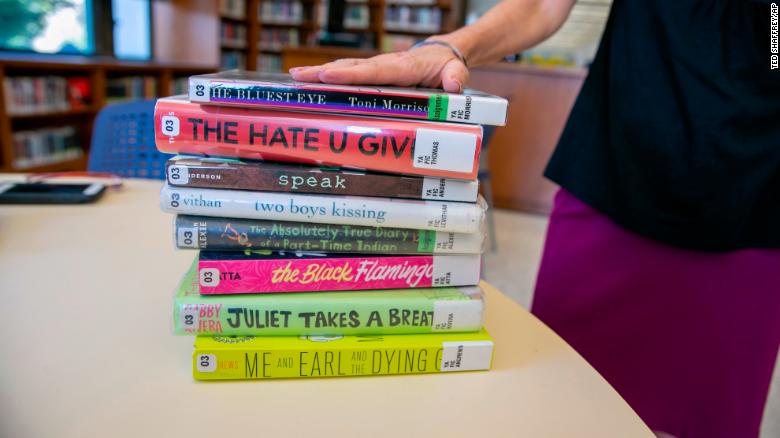 These books were banned in several public schools and its libraries in the United States, following a wave of complains at school board meetings. (Photo: agencies)

Dozens of books have been pulled from shelves in Texas, new policies expanding oversight of books are being drafted or already passed in multiple states, a Florida school district halted library purchases and a teacher resigned in Oklahoma over the censorship of books in classroom libraries, according to the report.

"With new laws that restrict teaching about race, history and gender identity in effect in more than a dozen states, students are starting to see changes in the classroom and more might be coming in the next months," it noted.

In a recent analysis, the literary and free expression advocacy organization PEN America found that 19 states have laws targeting discussions of race, gender, and United States history; and 36 other states introduced 137 similar bills in 2022, marking a significant increase compared to the 54 bills proposed last year.

"For teachers and for students, what this amounts to is an escalating campaign of censorship. A dramatically increased chilling effect that is leading to all kinds of negative outcomes within the classroom," Jeremy Young, senior manager of free expression and education at PEN America, was quoted as saying.