WORLD Defense claims Meng has no link to fraud

Defense claims Meng has no link to fraud 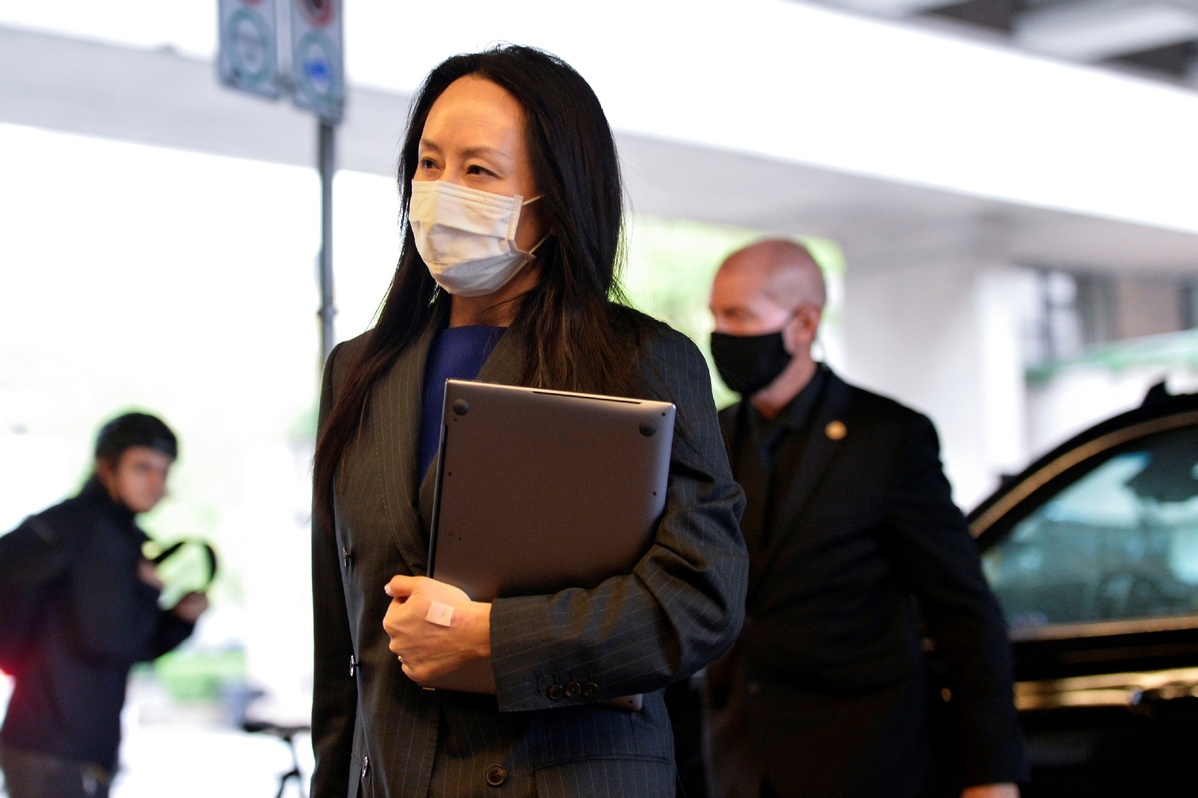 As Meng Wanzhou's extradition hearing resumed this week, her legal team made a last pitch to the judge to stay the proceeding, arguing that there is no evidence showing that the Huawei executive caused international bank HSBC to violate US sanctions.

Defense lawyer Mark Sandler opened the week's arguments by elaborating on elements of deprivation, HSBC's risk of violating US sanctions, and the causal connection between Meng's action and the bank's subsequent losses. All those facts substantiate that fraud cannot be established, he said.

"In Canada's legal history, there was never a fraud case in which the government would hold the victim accountable in the absence of actual losses," Sandler told Associate Chief Justice Heather Holmes in British Columbia Supreme Court on Monday.

According to Sandler, in thousands of fraud cases, victims all relied upon deceptive statements of perpetrators and made choices that had caused damage to themselves or put them at risk of damage. However, the defense argued that in Meng's case there was no damage or any risk of it.

US ROCs (records of the case) allege that Meng, 49, chief financial officer of the Shenzhen telecom giant, misrepresented Huawei's relationship with Skycom when she was giving a presentation to HSBC in 2013, putting the bank at risk of violating US sanctions against Iran. Meng and Huawei Technologies Co Ltd have repeatedly denied the accusations.

The defense noted that Meng had clearly stated that both Huawei and Skycom operated in Iran in her 2013 presentation and the presentation deck. Even though HSBC knew that the payments made by Skycom to its partner, Networkers, were related to Iran, the bank still chose to clear the transactions via the US.

"That's been made crystal clear," Sandler told the judge. "HSBC chose to clear the Networkers payments through the US despite being told the precise relationship —affiliates, partners, controllable third parties — was irrelevant to whether HSBC could clear in the US," he said.

"Liability for violating sanctions was HSBC's own doing and had nothing to do with Meng. I can state this another way: Nothing Meng said induced HSBC to violate US sanctions law," Sandler continued.

The ROCs described HSBC as an unknowing victim that could be criminally liable as a result of its violations due to Meng's fraudulent presentation. The defense argued that the Canadian attorney general's theory regarding the deprivation risk faced by HSBC under the US sanctions was "untenable", regardless of whether it was considered from a factual or legal perspective.

"Even if you found that there's evidence to support the inference that Meng representations supported HSBC's dollar-clearing decision, there's no evidence that HSBC suffered any actual loss," Sandler said.

"You cannot commit Ms. Meng absent evidence that she made representations that were relied upon by HSBC to its detriment," Sandler said. "Causation is the Achilles' heel in the requesting state's case."

Robert Frater, a lawyer for the Canadian attorney general, concluded last week that in the government's request for Meng's extradition that the US does not need to prove that HSBC relied on what Meng said to make its case for fraud.

Sandler said he is "shocked" that an extradition case that has spanned almost three years has yet to generate a clear cause of causality to establish Meng's culpability of fraud.

"It is an unsound argument," said Sandler. "Reliance, in this case, is fundamental to causation. ... And there's no evidence that Ms. Meng knew how these transactions would be processed."

The defense also pointed out that the ROCs didn't include "sufficient evidence" to prove that HSBC "Witness B" shared all key points of Meng's presentation deck — including that Huawei and Skycom had business in Iran, and that Skycom was controllable by Huawei — with HSBC's risk committee.

"It was an alternative argument that the ROCs were manifestly unreliable," Sandler concluded.

Meng's defense team will continue its submissions through the end of the week. If the defense can show that the fraud charge against her is "manifestly unreliable", the judge would have to refuse to permit her to be sent to the US for trial.

The judge also will rule on a number of applications by the defense to stay the proceedings based on an alleged "abuse of process", including that Meng's Canadian Charter rights were violated during her arrest in December 2018 at Vancouver International Airport, and that former US president Donald Trump used her as a bargaining chip in trade negotiations, as well as the assertion that the US has misled the Canadian court in order to establish fraud.

The proceeding is expected to conclude by Aug 20. The judge is likely to reserve a decision indefinitely.