Turkey's president says he won't halt its military offensive in northeast Syria, despite growing pressure and sanctions from NATO allies. 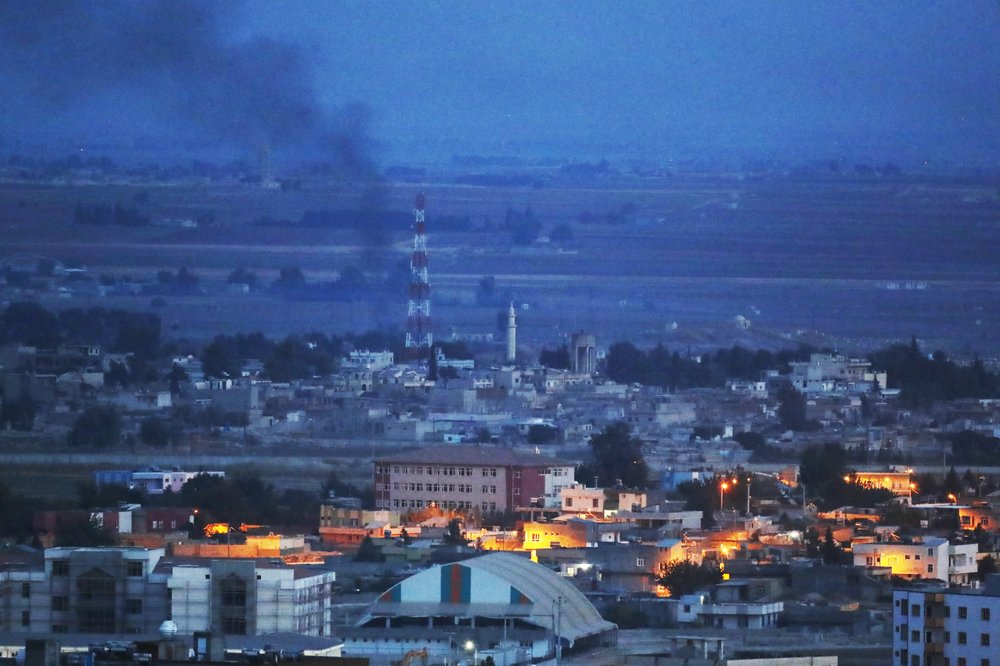 In this photo taken from the Turkish side of the border between Turkey and Syria, in Ceylanpinar, Sanliurfa province, southeastern Turkey, smoke billows from targets in Ras al-Ayn, Syria, caused by bombardment by Turkish forces, Tuesday, Oct. 15, 2019. Turkish artillery on Tuesday pounded suspected Syrian Kurdish positions near the town in northeast Syria amid reports that Kurdish fighters had retaken the town as Turkey pressed ahead with a military incursion that has drawn widespread condemnation. (Photo: AP)

Speaking to a group of journalists, Erdogan said he told President Donald Trump: "We could never declare a ceasefire," adding that Turkey wouldn't negotiate with "terrorists."

Erdogan said he was "not concerned" by sanctions imposed on Turkey.

Turkey launched its offensive against Syrian Kurdish fighters it considers terrorists after Trump announced he was withdrawing U.S. troops.

Russia has signaled its role as de facto power broker in the conflict, deploying forces near the border following America's pullout.