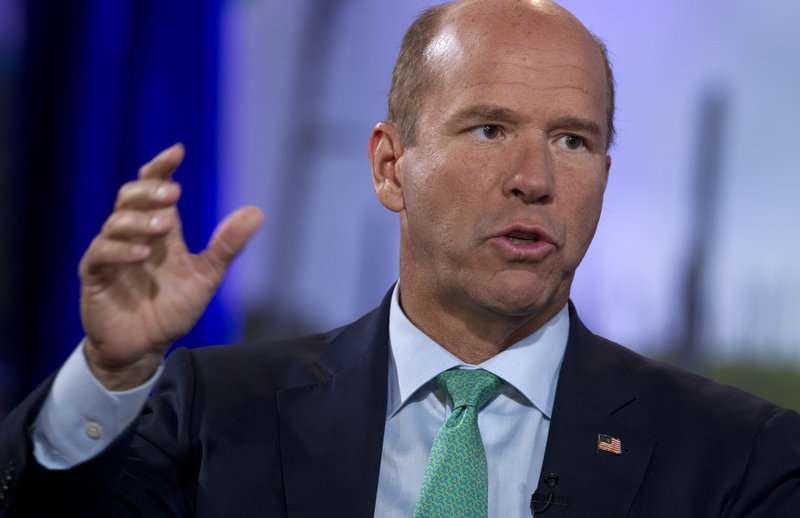 John Delaney, the longest-running Democratic candidate in the 2020 presidential race, is ending his campaign after pouring millions of his own money into an effort that failed to resonate with voters.

The announcement, made Friday morning, further winnowed down a primary field that had once stood at more than two dozen.

“At this moment in time, this is not the purpose God has for me,” Delaney said, in an interview with CNN. “We’ve clearly shaped the debate in a very positive way.”

The former Maryland congressman has been running for president since July 2017, though Delaney’s early start did little to give him an advantage in the race or raise his name recognition with Democratic primary voters.

In a field dominated by well-known candidates from the liberal wing of the party, Delaney, 56, called for a moderate approach with “real solutions, not impossible promises,” and dubbed the progressive goal of “Medicare for All” to be “political suicide.”

Delaney last appeared on the Democratic debate stage in July 2019 but continued to campaign even as his presidential effort largely failed to gain traction. Delaney joins other candidates like Montana Gov. Steve Bullock and former Colorado Gov. John Hickenlooper who unsuccessfully tried to woo moderate voters before ending their respective campaigns.

Campaign finance reports showed Delaney’s campaign was more than $11 million in debt largely because of loans Delaney made to his campaign. At the end of December, months after he had last been on a debate stage, the former lawmaker had just under $140,000 in cash on hand.

Before billionaires Tom Steyer and Michael Bloomberg entered the presidential race and used their substantial wealth to gain attention, Delaney tried a similar approach. Back in March, he promised to donate $2 to charity for every new donor who donated on his website. Then in October, Delaney dangled “two club-level” World Series tickets, with hotel and airfare included, as a prize for those that donated to his campaign.

Sen. Bernie Sanders of Vermont and Sen. Elizabeth Warren of Massachusetts were frequent targets of Delaney as he warned during the July debate that the “free everything” policy approach would alienate independents and ensure President Donald Trump’s reelection. He compared the two senators to failed Democratic standard-bearers of the past, including George McGovern, Walter Mondale and Michael Dukakis.

Delaney renewed that criticism on his way out of the race, saying the true hope for the party lay in moderates like former Vice President Joe Biden and Minnesota Sen. Amy Klobuchar.

“People like Bernie Sanders who are running on throwing the whole US economy out the window and starting from scratch…I just think that makes our job so much harder, in terms of beating Trump,” Delaney said Friday morning. “I also think that’s not real governing. That’s not responsible leadership because those things aren’t going to happen.”

Despite the criticisms, Delaney pledged to “campaign incredibly hard” for whoever won the Democratic nomination.