NEW DELHI, Nov. 18 (Xinhua) -- In a bid to curb the COVID surge in the Indian capital, the Delhi High Court on Wednesday denied permission to organise community prayers on the occasion of Chhath Puja, a festival celebrated by people from the eastern states of Bihar and Jharkhand besides the eastern parts of Uttar Pradesh state. 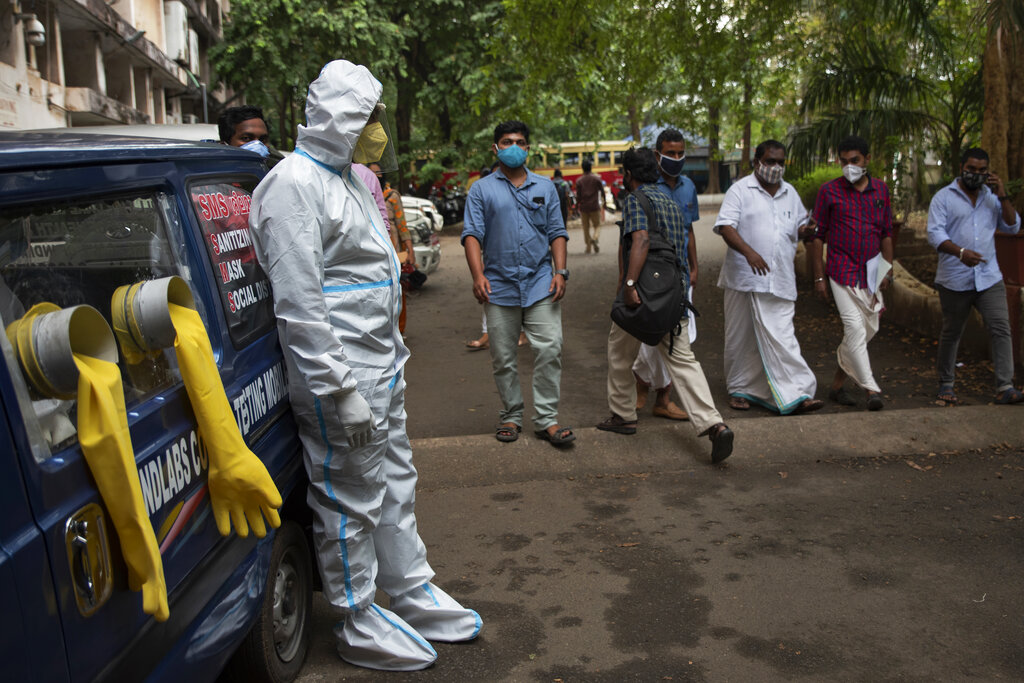 A man in protective suit stands next to a mobile COVID-19 testing kiosk outside the Ernakulam district administration headquarters in Kochi, Kerala state, India, Wednesday, Nov. 18, 2020. A country of nearly 1.4 billion people, India is the world's second most coronavirus affected country after the United States. (Photo: AP)

The court's observation came while hearing a petition. The court reprimanded the petitioner, saying "The right to health must be respected first. The person has to live to be able to practice any religion."

The Chhath Puja is to be observed over the next three days.

Delhi Chief Minister Arvind Kejriwal had imposed a ban on community programs to observe prayers for the festival.

Taking a strong exception to the Delhi government's decision, the Delhi unit of the ruling Bharatiya Janata Party (BJP) had been protesting on the streets, demanding revocation of the ban.

According to rough figures, there are around 6 million people living in Delhi who observe the Chhath Puja celebrations every year. As part of the festival, women stand in water bodies to offer prayers to the Sun God.

Normally the festival attracts thousands of people to the water bodies, like ponds, river banks or small lakes.

The Delhi court's observation would perhaps put an end to the protests continuing for the past two days in the Indian capital.

The number of deaths too has been on the rise in Delhi over the past few days. For nearly a week the daily death toll in Delhi has been over 90. So far as many as 7,812 people have died here.

There are more than 26,000 COVID-19 patients in home isolation, according to media reports.