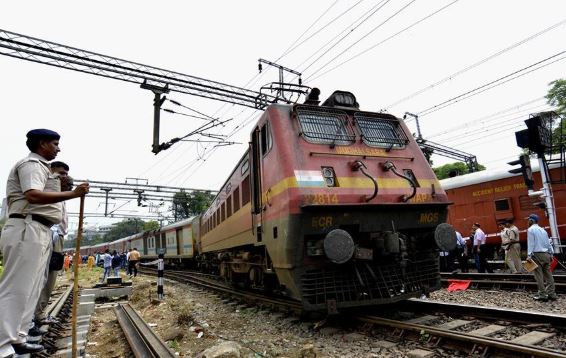 However, E. Sreedharan, who was the brain behind constructing the Delhi Metro nearly two decades ago, has written to Prime Minister Narendra Modi to discourage this idea, saying it will lead to "bankruptcy" of the transport facility.

Better known as "Metro Man" in India, Sreedharan urged the PM not to allow free travel to women, otherwise other sections of society like the handicapped, the students and the senior citizens would too make similar demands, which would end up making losses to Delhi Metro.

He wrote in his letter that when the Delhi Metro service was started in 2002, it was decided that "everybody would have to buy tickets" to ride the transport system and no exception would be made. The decision was welcomed by the then Prime Minister Atal Bihari Vajpayee, who himself bought ticket for his first ride in December 2002, he added.

"The DMRC is a joint venture of the Delhi government and the Government of India, and one shareholder cannot take an unilateral decision to give concession to one section of the community and push the Delhi Metro in to 'inefficiency and bankruptcy'," he mentioned in his letter.

Countering Sreedharan's arguments, Delhi's Deputy Chief Minister Manish Sisodia on Saturday said that the Delhi Metro was running at just over its 60 percent capacity, and that the Delhi government's idea would lead to an increase in its usage by travelers which, in turn, would increase Delhi Metro's incomes.

He also alleged that traveling in Delhi Metro had becoming expensive, as fares had gone up manifold, and that the poor could no more afford its fares.

"By offering free travel to women, its ridership will increase and fares will come down. If the Delhi government is paying for the women commuters, Delhi Metro should be happy with it," Sisodia added.

On June 3, Delhi Chief Minister Arvind Kejriwal had announced the decision, saying it would be "optional" for the women. "Those who wish to buy tickets are free to do so, and need not take the subsidy. But women who cannot afford buying tickets will benefit from the move. The women who can afford tickets can do so and forgo subsidy so others could benefit," he had told a press conference.

Kejriwal had also claimed that public transport was considered the safest mode of travel for women, and keeping their safety in mind, the rule of free travel will be implemented in all Delhi Transport Corporation (DTC) buses, besides Delhi Metro, in the next three months.

According to sources on the Delhi government, officials have been ordered to prepare a detailed report for the implementation of the Delhi government's proposal. Once the report is ready, a proposal will be made in the state's cabinet to get its nod.

It's estimated that once implemented, it would cost the Delhi government around 700 crore Indian Rupees (around $100 million) per annum.

The Delhi government is still mulling over the idea and collecting feedback from the public. It had proposed to bear all expenses by buying coupons and then offering them for free to women. The idea has already attracted criticism from various political parties amidst allegations that the idea was "politically motivated" as Delhi Assembly elections are approaching in the next six-seven months.