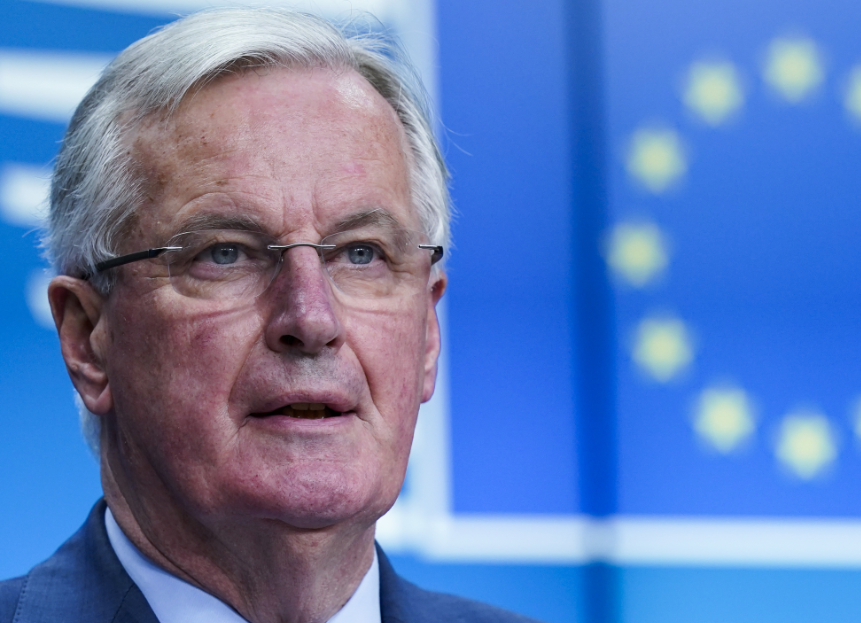 The EU's chief negotiator, Michel Barnier, says the bloc and the UK must trust each other if they are to agree on a satisfactory trade deal. (Photo: AFP)

Respect and trust appear to be the two watchwords for the European Union's chief negotiator Michel Barnier if the parties on either side of Brexit are to get as much done as possible on an EU-UK trade deal in a very short amount of time.

"If we want to build up a future relationship in the long term based on trust with the UK, we need to make sure we have trust in the short term," Mr. Barnier said at a press briefing in Brussels.

This was a dig at UK Prime Minister Boris Johnson and his government, who Brussels sees as backtracking on the commitments made in the joint political declaration, which was signed in October.

The political declaration sets out the framework for the future relationship between the UK and the EU. It was something that was meticulously negotiated line by line and eventually signed off by Johnson.

It's a non-binding agreement, but Brussels says it was negotiated in good faith and the UK should honor its promises.

"My message is crystal clear to our friends in London – keep your promises, based on the protocol," said Germany's Europe minister Michael Roth as he headed into a summit where EU affairs ministers adopted a final mandate for EU-UK negotiations.

One area of concern for Brussels is around the Irish protocol, which is meant to prevent the return of a visible border on the island of Ireland. There have been reports that Johnson is looking for a way to skirt that commitment.

"The withdrawal agreement involves significant commitments in the context of Northern Ireland through the Irish protocol that both the EU and the UK need to follow through on," said Ireland's foreign minister, Simon Coveney.

"If that doesn't happen, then I think it will damage significantly the prospects of being able to get even a bare-bones trade agreement, along with a number of other things that need to be done, in place by the end of the year."

EU foreign ministers signed off on their negotiating mandate for talks with the UK in Brussels on Tuesday, ahead of formal negotiations with the UK, which start next week.

The EU's final mandate stiffened the rules around the so-called level playing field, which is meant to ensure fair competition between the EU and the UK. Ministers now want Britain to stick to "corresponding high standards of protection over time," meaning that, as the EU moves the goal posts on issues such as environmental standards, they want the UK to come along for the ride.

"The UK can not expect high-quality access to the single market if it is not willing to accept guarantees that competition remains open and fair," said Barnier

A robust level playing field is meant to prevent the UK from obtaining an unfair competitive advantage by having lower standards, but it's a red line for the Johnson government.

Another area where the EU has reinforced its position is around fisheries. The final mandate says EU access to UK fishing waters and fish quotas must be "upheld."

This is another red line for the UK, which wants to regain control of its fishing waters. Currently, 60 percent of all fish caught in UK waters is by foreign ships.

The EU set a deadline of 1 July to reach and ratify a fisheries deal. The entire deal would need to be completed by October for it to come into force on 1 January 2021.

But even before anyone sits down at the negotiating table, there are doubts that much can be accomplished in such a short time frame.