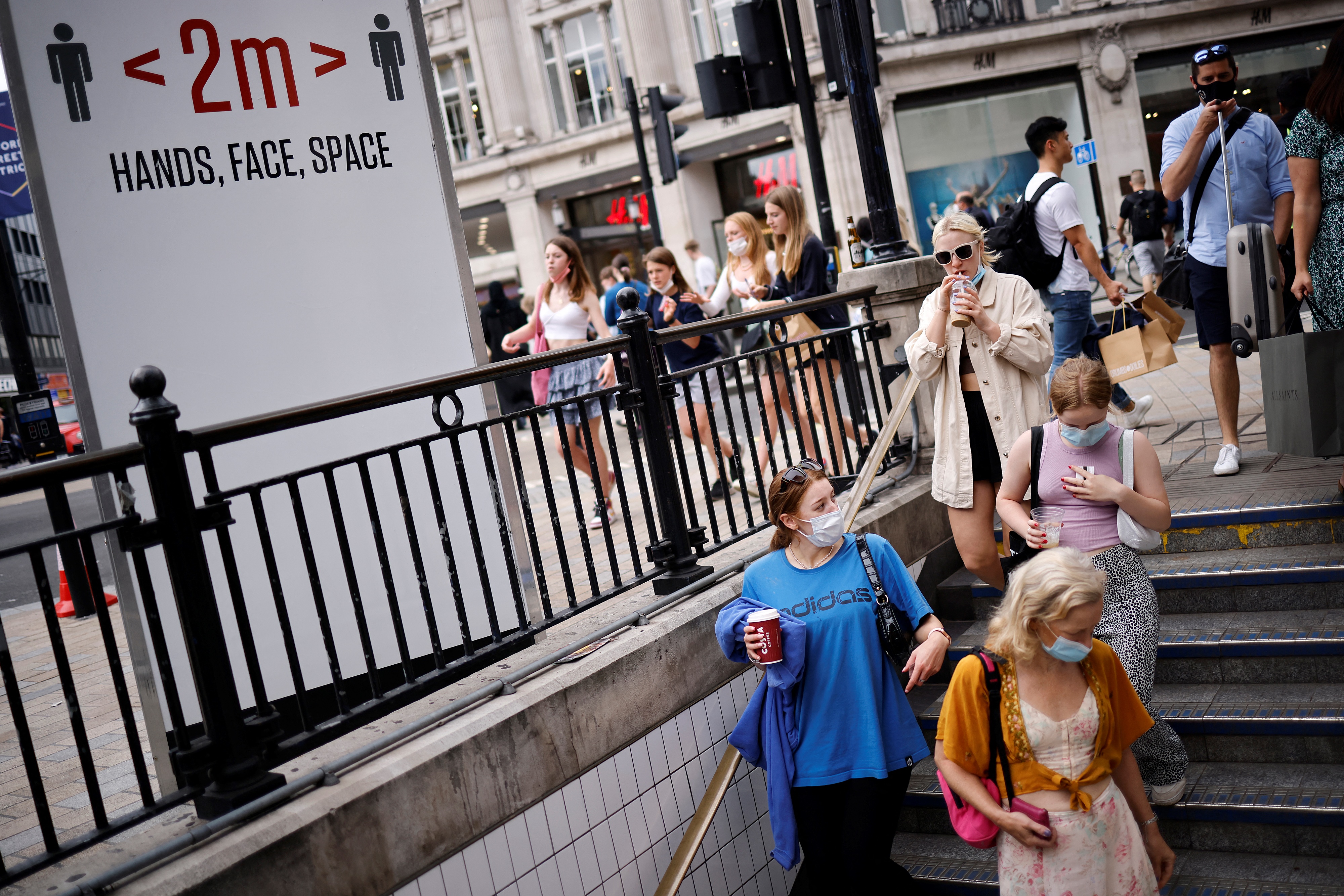 Pedestrians, some wearing a face mask or covering due to the COVID-19 pandemic, walk down steps to enter Oxford Circus London Underground tube station in central London on June 6, 2021. (Photo: AFP)

"The most recent data show 99 percent of sequenced and genotyped cases across the country are the Delta variant," the PHE said.

Some 33,630 cases of the variant were recorded in the last week, according to the PHE. The Delta variant is thought to be 65 percent more transmissible in households than the Alpha variant, which was previously dominant in Britain's cases.

The increase in Delta cases is largely among younger age groups, many of whom are unvaccinated or have only just received their first dose, said the PHE.

Jenny Harries, chief executive of the UK Health Security Agency, said it was "encouraging" that hospital admissions and deaths are not rising at the same rate as cases, but experts will "continue to monitor it closely".

British Prime Minister Boris Johnson announced Monday a four-week delay to the final step of England's roadmap out of COVID-19 restrictions until July 19, amid a surge in cases of the Delta variant.