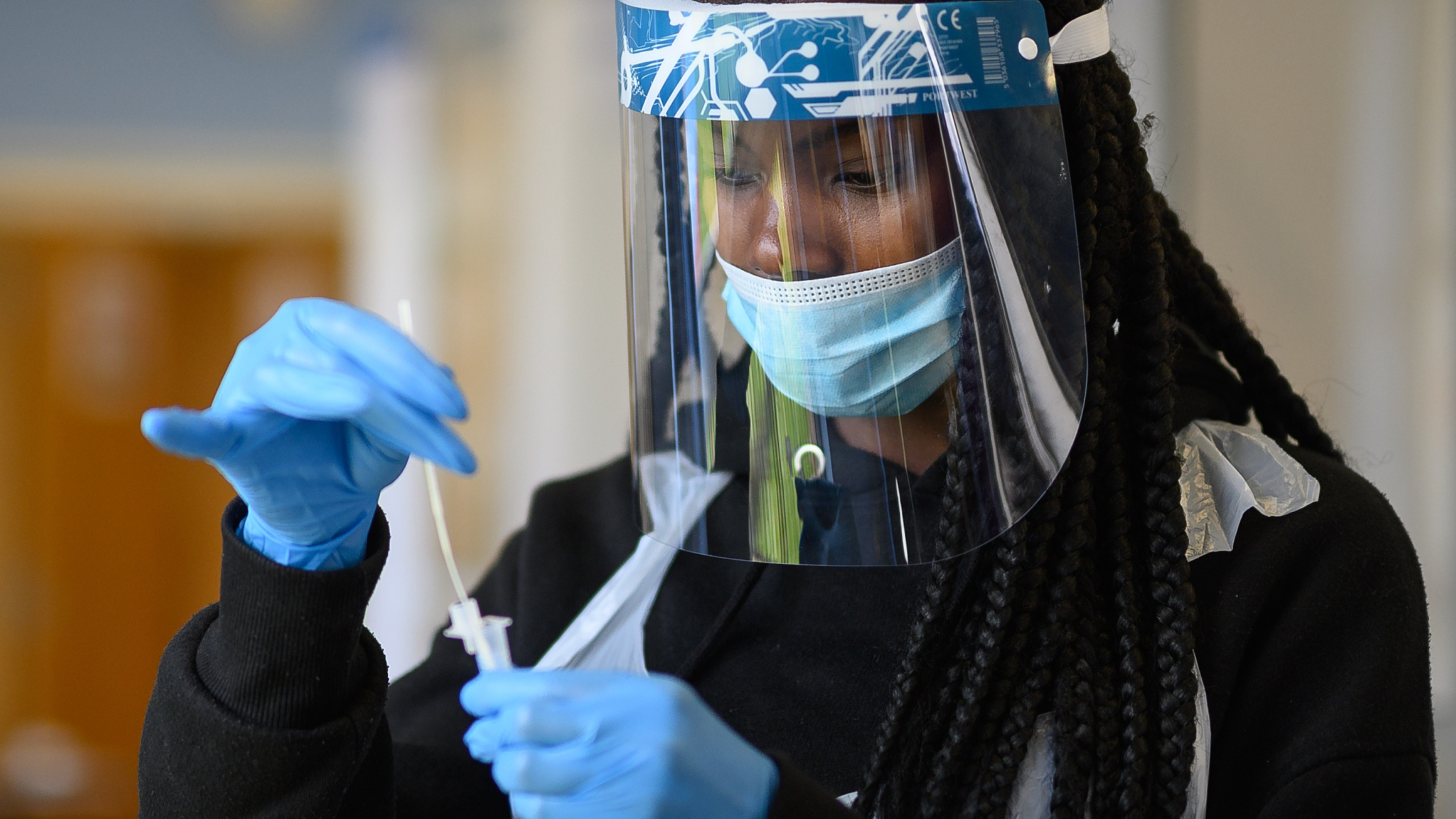 A woman processes a swab test at the Faraday Community Centre asymptomatic COVID-19 test centre on May 18, 2021 in Bedford, England. (Photo: VCG)

The variant of coronavirus first identified in India, known as Delta, has become the "dominant" strain in Britain, Public Health England (PHE) said on Thursday.

The number of cases of the Delta variant has risen by more than 5,000 since last week to 12,431, according to the data from PHE released Thursday.

PHE officials say that the Delta variant has now overtaken the Kent variant, known as Alpha, as the most dominant in Britain.

Dr. Jenny Harries, chief executive of the UK Health Security Agency said: "With this variant now dominant across the UK, it remains vital that we all continue to exercise as much caution as possible."

"The way to tackle variants is to tackle the transmission of COVID-19 as a whole. Work from home where you can, and practice 'hands, face, space, fresh air' at all times," Harries said.

There is "early evidence to suggest there may be increased risk of hospitalisation" from Delta, but further data is needed to confirm this, according to PHE.

The British government is facing increasing pressure to delay the final step of unlocking restrictions in England on June 21 due to concerns over the spread of the Delta variant.

People were also allowed to travel abroad to a number of green-list countries without having to quarantine upon return as the ban on foreign travel has also been lifted.

The British government's roadmap is expected to see all legal limits on social contact to be removed on June 21. It is understood that a final decision on the planed easing of lockdown will not be made until June 14.