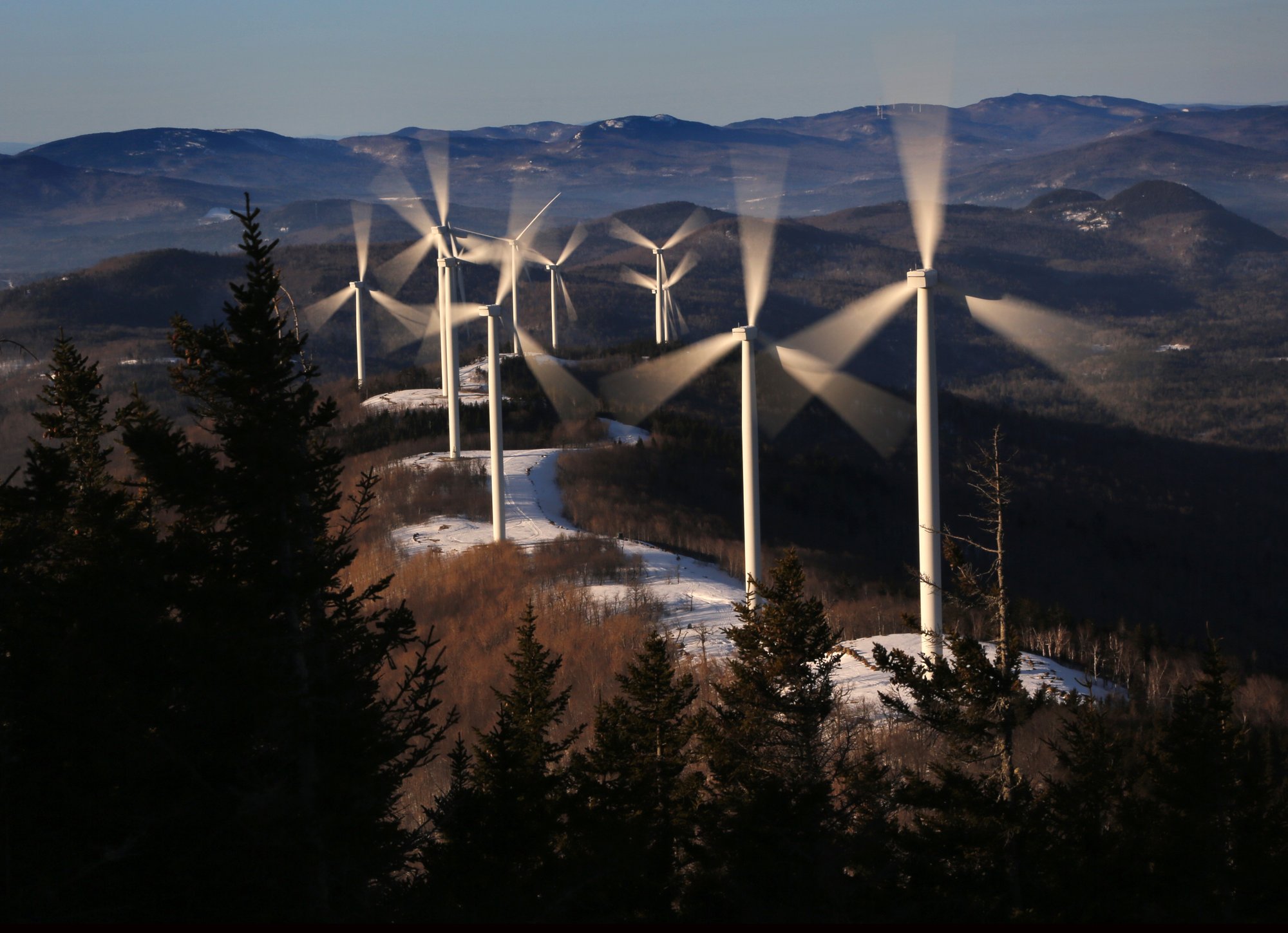 The move was seen as a rebuke to her predecessor, Republican Gov. Paul LePage, whose administration put a moratorium on new wind turbines and enacted policies that critics say stymied solar energy in the state.

Mills has moved quickly to scrap the turbine moratorium and signed a bill that would eliminate a LePage-era policy that put a fee on power generated by residential solar panels.

Maine is among 11 states, according to the National Conference of State Legislatures, that either flipped the governor’s seat from Republican to Democrat or saw Democrats win newfound control over the Legislature in the 2018 elections. All have passed or are weighing legislation that would expand renewables in their states, The Associated Press found.

Driven by concerns about rising global greenhouse gas emissions , President Donald Trump’s rollback of the Obama administration’s Clean Power Plan and his plans to pull the United States out of the 2015 Paris climate agreement, some states are turning to renewable energy targets and energy efficiency programs in hopes of addressing climate change.

State legislatures have introduced at least 329 climate change bills this year that address greenhouse gas emissions, up from 188 in 2018 and 255 in 2017, according to an AP tally of energy legislation monitored by the New Energy Economy at Colorado State University. About 30% of the bills come from states with new Democratic governors or legislative majorities such as Illinois, New York and Connecticut, the AP tally found.

“There’s definitely a lot of push following the elections of folks wanting to really pursue renewable portfolio standards as a way to expand renewable energy and reduce carbon emissions,” said Michael Bueno, energy and climate coordinator at the National Caucus of Environmental Legislators, a non-partisan network of over 1,000 state legislators nationwide.

Maine’s new governor, for example, has vowed to get 100% of the state’s energy from renewables by 2050 and has announced subsidies to put 1,000 more electric vehicles on Maine roads.

In New Mexico, Democratic Gov. Lujan Grisham signed legislation requiring the state to get all of its electricity from carbon-free sources by 2045. California and Hawaii were the first states to commit to such carbon-free goals.

In Illinois, one of the nation’s top producers of emissions , lawmakers are considering a bill to bring the state to 100% renewable energy by 2050 — a target Democratic Gov. J.B. Pritzker endorsed on the campaign trail.

The Democrat-controlled House and Senate in New Hampshire passed bills allowing towns and other entities to build larger solar projects and shifting more than $12 million from a regional cap-and-trade program into energy efficiency programs. A separate bill requiring utilities to procure 60% of their power from renewables by 2040 passed the Senate.

New York, where Democrats now wield large legislative majorities for the first time in a decade, is considering several initiatives to reduce climate-changing carbon emissions, including Gov. Andrew Cuomo’s proposal to move to 100% renewables by 2040.

Renewable consumption nationwide reached nearly 11.5% in 2018, according to the US Energy Information Administration, and is projected to grow slightly over the next two years.

However, experts warn that a push at the state level to embrace clean energy is likely to run up against challenges. These include scaling up fast enough to meet these ambitious goals, upgrading the grid to accommodate more renewable energy and building the infrastructure to move green energy from remote areas to cities. Overcoming community opposition to large solar and wind farms is also an obstacle.

“It’s not as easy to say 100% renewables. Job done. There is a lot of work, a lot of investment, a lot of physical construction that is going to be needed to make that happen,” said John Quigley, director of the Center For Environment, Energy and Economy at Harrisburg University. “Too many advocates gloss over the challenges.”

The push for renewables and limiting greenhouse emissions has also run up against stiff opposition from the fossil fuel industry, some utilities and Americans for Prosperity, the conservative advocacy group backed by billionaire brothers David H. Koch and Charles Koch. Many critics argue a shift to renewables only increases energy prices for consumers and costs jobs.

“Any proposal that would fundamentally reorder American energy — and the way of life in this country — should first be measured by its impacts on American consumers, the economy and the country’s opportunity for future prosperity,” API spokesman Reid Porter said in a statement.

Bills around the country go beyond renewables. There’s legislation in Connecticut to help communities adapt to rising sea levels. And a bill in Illinois would address the disproportionate impact of climate change in low-income communities.

Vicki Arroyo, executive director of the nonpartisan Georgetown Climate Center, which works with states to address climate change, said initiatives at the state and local level can drive investment in the renewables industry and prompt consumers to buy electric cars and make their homes more energy efficient.

“There’s a sense of increasing urgency to tackle this problem and they’re not seeing the leadership out of Washington that we need,” Arroyo said.

But Arroyo acknowledges state measures would still fall short of what the US had promised under the Paris agreement, which has a goal of limiting global warming to 2 degrees Celsius (3.6 Fahrenheit).

Other energy experts said the state efforts are a poor substitute for a global effort to transition to low-carbon energy systems for billions of people. They also doubted state efforts could influence a change in federal policy, as long as the Trump administration is in charge.

“State and local jurisdictions just don’t have the policy levers that can do much,” Case Western Reserve University law professor Jonathan Adler said.