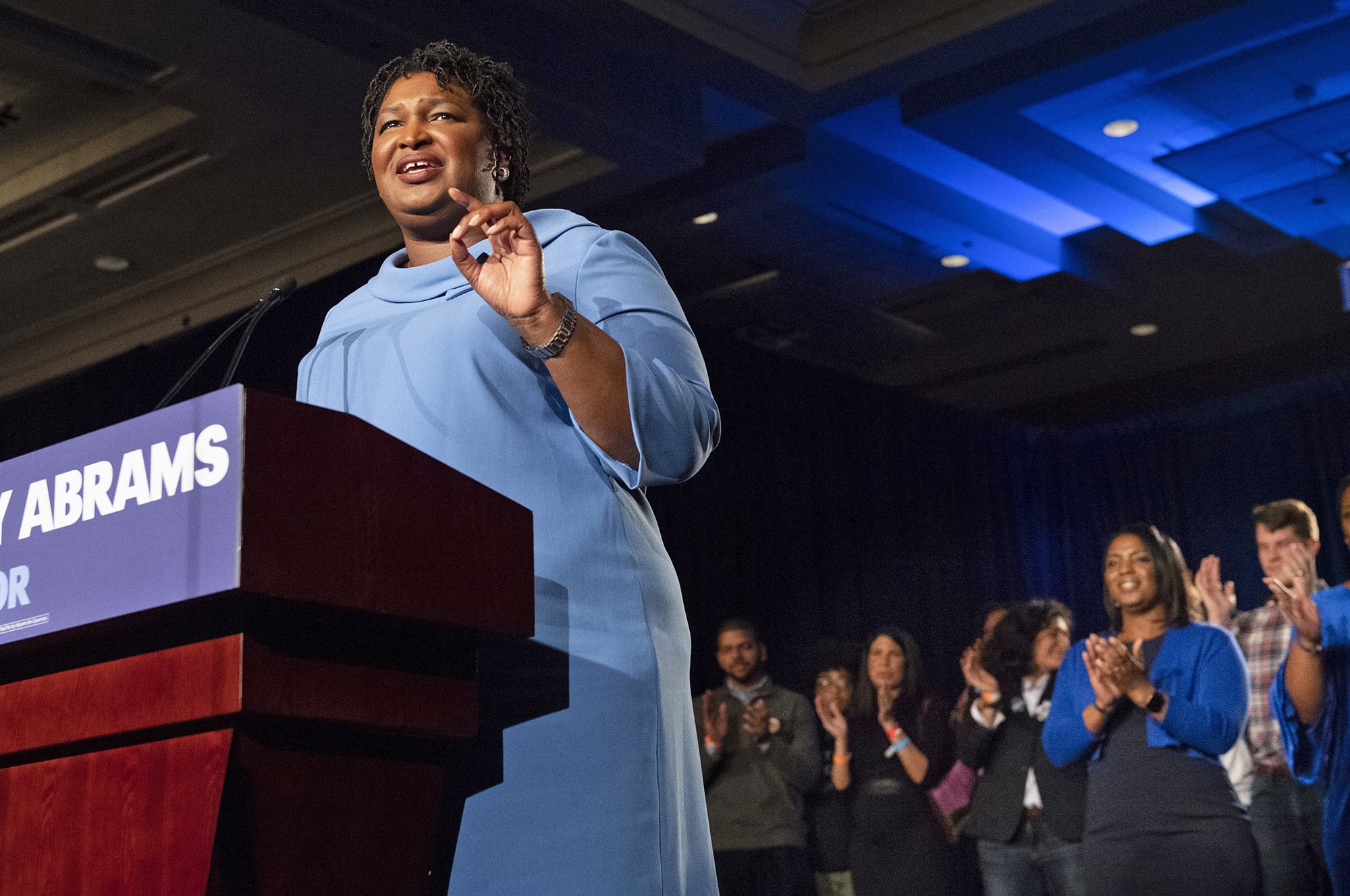 Democrat Stacey Abrams on Friday ended her candidacy for governor more than a week after polls closed in Georgia and accused her opponent of "appalling" intentional efforts to suppress votes, which largely affected African-Americans.

Abrams, who was running to become the nation's first black female governor, said it is clear that Republican Brian Kemp will be the state's next governor. However, she refused to concede and used her speech to rebuke the "rotten and rigged" election process, alleging "systemic disenfranchisement" at the hands of Kemp, who was also the state's chief elections administrator.

"I acknowledge that former of Secretary of State Brian Kemp will be certified the victor in the 2018 gubernatorial election," she said. "But to watch an elected official, who claims to represent the people in the state, baldly pin his hopes for election on the suppression of the people's democratic right to vote has been truly appalling."