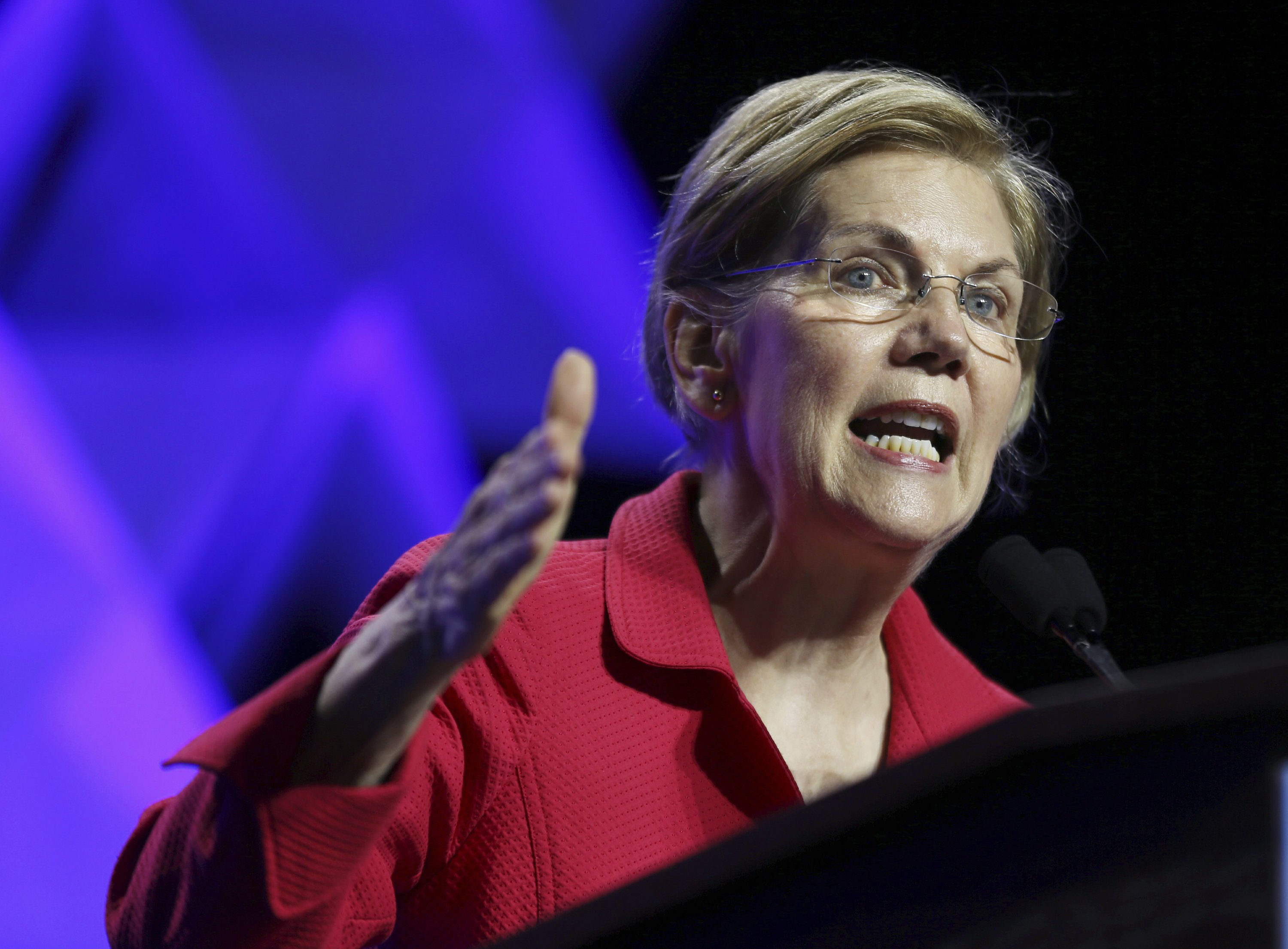 WASHINGTON, Feb. 9 -- Democratic Senator Elizabeth Warren Saturday officially announced that she is running for the president of the United States.

Warren made the announcement at an event in Lawrence in her home state of Massachusetts, where she took a shot at the current administration and the nation's politics.

"We need to take power in Washington away from the wealthy and well-connected and put it back in the hands of the people where it belongs," she said in her speech.

The campaign of Warren, who's on the Democratic Party's left flank, will focus on economic equality, government accountability and reining in big corporations.

She pledged on Saturday to "break up monopolies when they choke off competition" and "take on Wall Street banks so that the big banks can never again threaten the security of our economy."

Warren has faced questions about her past claims of Native American ancestry. Her decision last year to release the results of a DNA test intended to prove her claims drew criticism from Native American groups.

The senator apologized earlier this week for those claims, clarifying that she is not a member of any tribe.

"Elizabeth Warren has already been exposed as a fraud by the Native Americans she impersonated and disrespected to advance her professional career, and the people of Massachusetts she deceived to get elected," Parscale said in a statement on Saturday.

Trump has called Warren "Pocahontas" and claimed that she benefited in schools and work from minority status.

Warren, 69, has represented Massachusetts in the Senate since 2013. In November last year, she won reelection to the upper chamber for a second term.

She's now officially joining a crowded field of Democrats seeking the party's nomination to take on Trump next year.