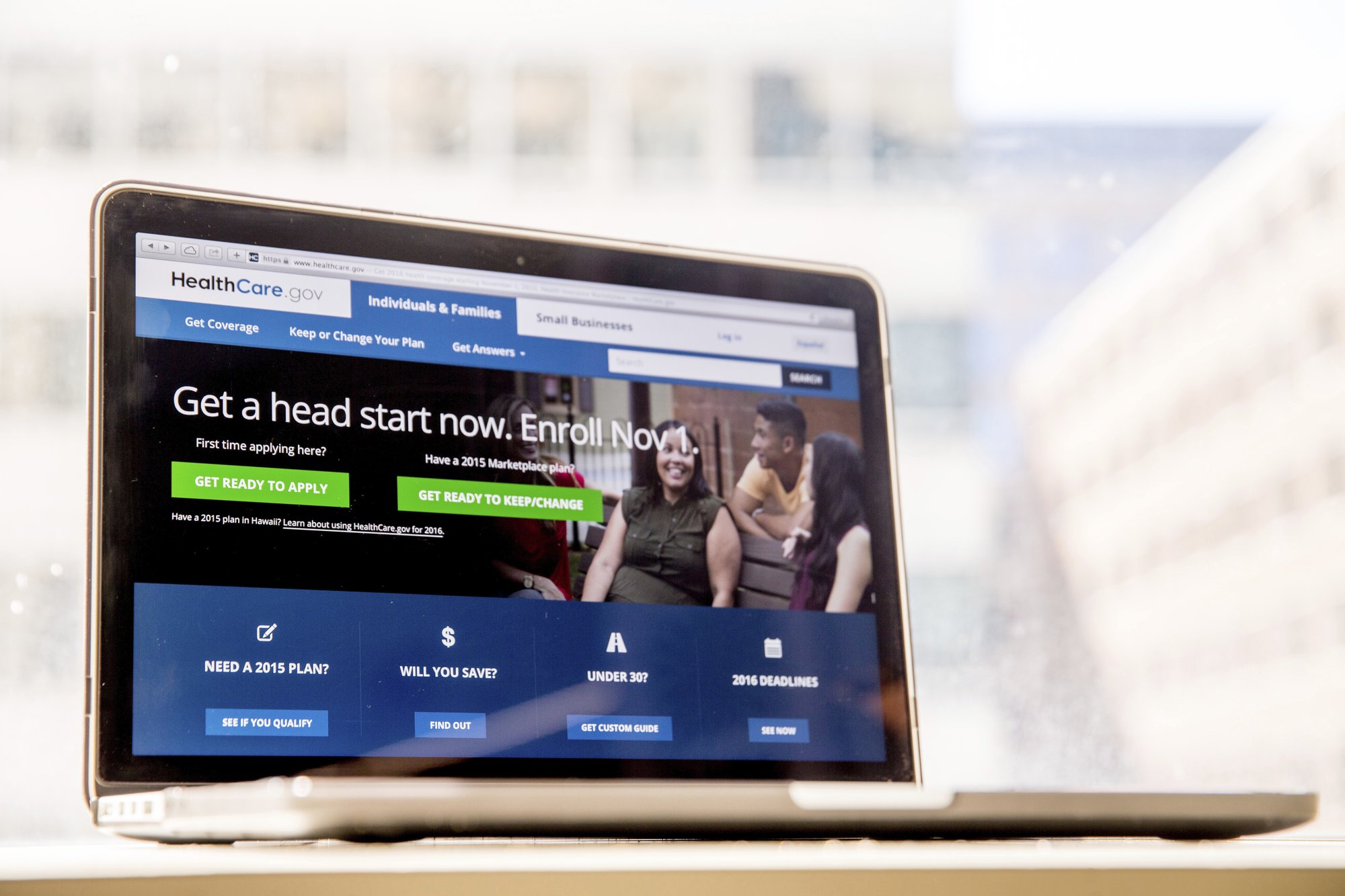 Americans are giving Democrats a clear edge on health care as the 2020 presidential race gears up, according to a new poll that also finds many Republicans backing one of their competitors’ top ideas: a government insurance plan people can buy into.

But support for the plan that has attracted the most attention, Vermont Sen. Bernie Sanders’ “Medicare for All,” is concentrated mostly among Democrats.

Overall, The Associated Press-NORC Center for Public Affairs Research poll finds that Democrats enjoy a 17 percentage point advantage over Republicans in Americans’ assessments of whom they trust more to handle health care, 40 percent to 23 percent. That compares with a public more evenly divided over which party would better handle several other major areas of national policy, including the economy, immigration and foreign affairs.

“As I look at what’s going on, there is no question that Democrats are far more structured toward trying to make sure people have health care,” said Robert Head, of Lewes, Delaware.

Head, who’s retired from a marketing career for machinery manufacturers, said he was a lifelong Republican who lost faith in the party because of the Iraq War.

“I tend to think that health care is a fundamental human right,” he added. “The Republicans don’t have a plan. All they want to do is block grants back to the states.”

A public backlash against the GOP’s fruitless efforts to repeal the Affordable Care Act helped Democrats win the House in 2018 . Now, Democrats are looking to health care to help them take the White House in 2020. All the Democratic candidates are looking to expand government-sponsored coverage.

The survey shows that Americans are generally in sync with the idea of government taking a leading role. Fifty-seven percent believe the federal government is responsible for making sure all Americans have health care coverage, while 41 percent think it is not.

Many Americans are open to the two approaches being pushed by Democrats, according to the poll.

The first is Medicare for All, under which all US residents would be covered through a single government plan financed with new taxes. The second is an option for people to buy into a new government plan as an alternative to private insurance. Key details of both concepts have yet to be spelled out.

Among all Americans, 42 percent support a single-payer plan like the one espoused by Sanders, while 31 percent express opposition. Another quarter say they are neither in favor nor opposed. Support breaks down along partisan and ideological lines, with liberal Democrats about four times as likely as conservative Republicans to back single-payer.

Christine Knapp, a Republican from Fresno, California, is concerned that Sanders’ approach might affect her current Medicare coverage.

“People who are Medicare recipients right now, we’ve paid into it,” she said. “If you start putting everybody into it, I don’t know where the money is going to come from. It’s an interesting idea, but it could be fraught with a lot of negativity.”

The partisan gap narrows significantly, however, for the option of Americans buying into a government program.

Overall, 53 percent support the buy-in option, with 17 percent opposed and 29 percent on the fence.

Similar shares of Democrats back the two plans. But Republicans are nearly twice as likely to support a public option plan as a single-payer plan, 44 percent to 22 percent.

Knapp likes the buy-in because it calls for some level of personal responsibility from those who would benefit.

“It’s not just going to some county health department and signing the paperwork and getting free health care for life,” said Knapp, who worked as a civilian employee for local law enforcement agencies.

In Columbia, South Carolina, small business owner Tanya Attarwala is a Democrat who says she could get behind either Medicare for All or a buy-in approach.

Right now Attarwala is uninsured and is paying out of pocket for her health care at a local Walmart clinic. She said that she was covered previously under former President Barack Obama’s health law but that premiums were too costly when compared with the medical services she received each year.

“The idea should be to cover everybody, there should be nobody without health care,” she said. “They should not be fighting about this. You have to see which one will work best.”

Attarwala’s “all of the above” attitude mirrors what’s happening among the Democratic presidential candidates, some of whom have signed up to different health care plans.

Next week is shaping up as a test for Medicare for All in Congress. The House version of the legislation will get its first hearing on Tuesday. And then on Wednesday, the nonpartisan Congressional Budget Office will issue an eagerly awaited report on key design issues and other considerations in putting the $3.6 trillion US health care system entirely under federal control. Currently, employers cover about half of all Americans.

The poll also finds that Obama’s health overhaul law gets support from 48 percent of Americans, while 30 percent are opposed. Roughly 2 in 10 neither support nor oppose the ACA, often called “Obamacare.”

The 2010 law extended coverage to more than 20 million people and made it illegal for insurers to turn away those with health problems. But it came with a host of rollout problems and led to prohibitively high premiums for some consumers.

Nonetheless the poll flashes a warning sign for President Donald Trump, who’s thrown his support to a lawsuit seeking to overturn “Obamacare” in its entirety. It finds that 57 percent of Americans oppose repealing the ACA, though many would like to see it changed.

The AP-NORC poll of 1,108 adults was conducted April 11-14 using a sample drawn from NORC’s probability-based AmeriSpeak Panel, which is designed to be representative of the US population. The margin of sampling error for all respondents is plus or minus 4.1 percentage points. Respondents were first selected randomly using address-based sampling methods and later were interviewed online or by phone.