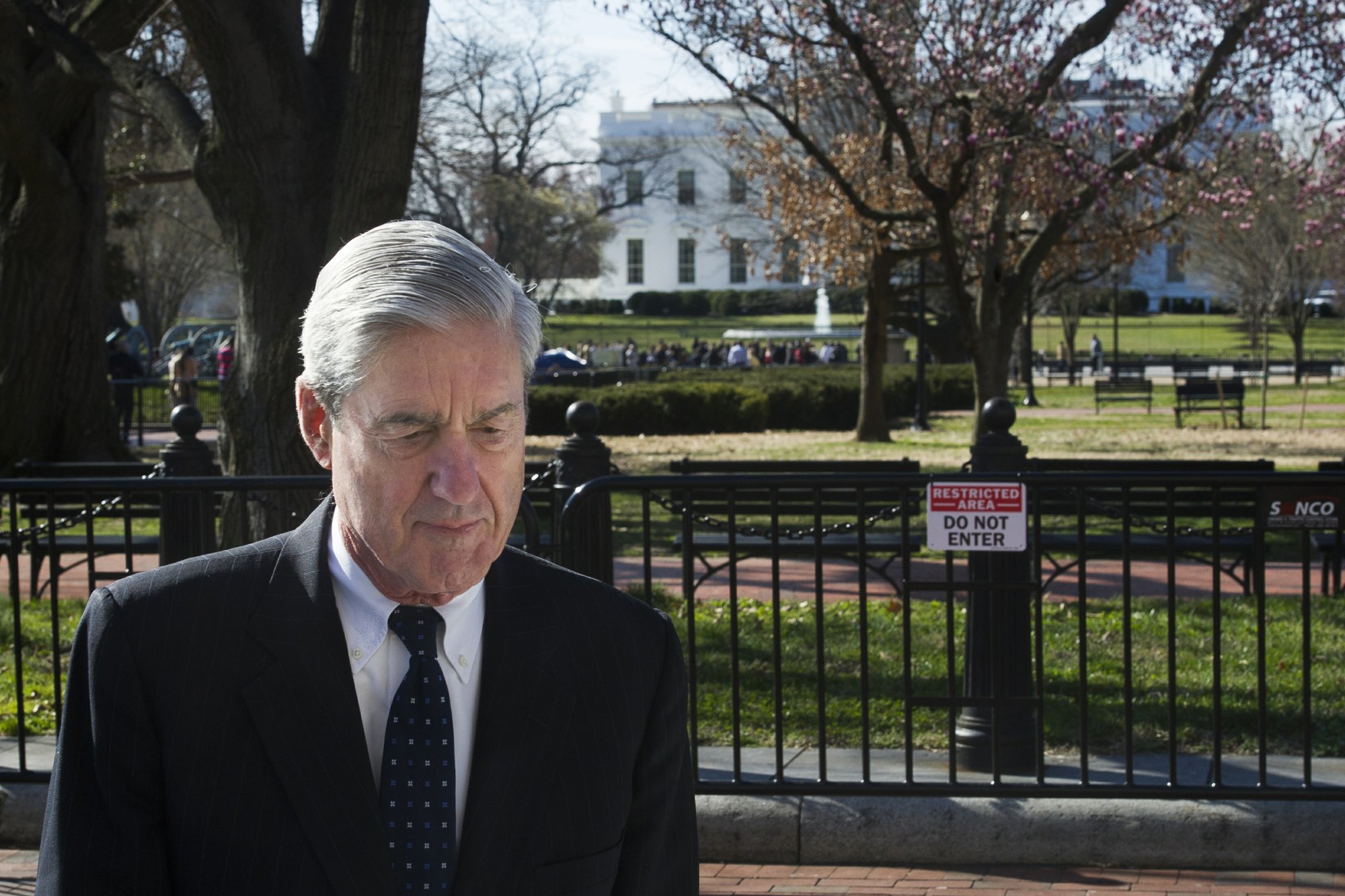 Democrats are pressing for full disclosure of special counsel Robert Mueller’s report on the Trump-Russia investigation and vowing to use subpoena powers and other legal means if necessary to get it.

Attorney General William Barr was expected to release his first summary of Mueller’s findings on Sunday, people familiar with the process said, on what lawmakers anticipated could be a day of reckoning in the two-year probe into President Donald Trump and Russian efforts to elect him. Since receiving the report Friday, Barr has been deciding how much of it Congress and the public will see.

Democrats are on a hair trigger over the prospect that some information may be withheld .

“I suspect that we’ll find those words of transparency to prove hollow, that in fact they will fight to make sure that Congress doesn’t get this underlying evidence,” Rep. Adam Schiff of California, chairman of the House intelligence committee, said Sunday on ABC’s “This Week.”

His plan: Ask for information and if that’s denied, “subpoena. If subpoenas are denied, we will haul people before the Congress. And yes, we will prosecute in court as necessary to get this information.”

At his resort in Florida, Trump stirred from his unusual, nearly two-day silence on Twitter with the mild tweet: “Good Morning, Have a Great Day!” Then he followed up: “MAKE AMERICA GREAT AGAIN!”

Mueller’s investigation is known to have concluded without a recommendation for further indictments after having snared nearly three dozen people, senior Trump campaign operatives among them. The probe illuminated Russia’s assault on the American political system, painted the Trump campaign as eager to exploit the release of hacked Democratic emails to hurt Democrat Hillary Clinton and exposed lies by Trump aides aimed at covering up their Russia-related contacts.

Democratic Rep. Jerrold Nadler, chairman of the House Judiciary Committee, said Democrats won’t be willing to wait long for the Justice Department to hand over full information on the probe into whether Trump’s 2016 campaign coordinated with Russia to sway the election and whether the president later sought to obstruct the investigation.

“It won’t be months,” he said on CNN’s “State of the Union.” Asked if he still believes Trump obstructed justice, he indicated there has been obstruction but “whether it’s criminal is another question.”

Although Democrats have stoutly defended Mueller’s work against Trump’s repeated cries of “witch hunt,” Schiff was disappointed that the special counsel did not succeed in interviewing the president personally.

“It was a mistake to rely on written responses by the president,” Schiff said, because those yield answers framed more by lawyers than by Trump. He said he was not surprised that Trump’s lawyers resisted having him submit to a personal interview, given that “the president is someone who seems pathologically incapable of telling the truth for long periods of time.”

On the other side, also on “This Week,” Republican Rep. Jim Jordan of Ohio said Democrats faced the prospect of seeing no blockbuster in the Mueller report and were flailing as they try to pin something on the president. They considered Mueller “right next to Jesus, he can almost walk on water,” Jordan said, but “now they’re launching all kind of other charges, all kinds of other investigations.”

Mueller submitted his report to Barr instead of directly to Congress and the public because, unlike independent counsels such as Ken Starr in the case of President Bill Clinton, his investigation operated under the close supervision of the Justice Department, which appointed him.

Mueller was assigned to the job in May 2017 by Deputy Attorney General Rod Rosenstein, who oversaw much of his work. Barr and Rosenstein analyzed Mueller’s report on Saturday, laboring to condense it into a summary letter of main conclusions.

Barr said he wants to release as much as he can under the law. That decision will require him to weigh the Justice Department’s longstanding protocol of not releasing negative information about people who aren’t indicted against the extraordinary public interest in a criminal investigation into the president and his campaign.

Democrats are citing the department’s recent precedent of norm-breaking disclosures, including during the Hillary Clinton email investigation, to argue that they’re entitled to Mueller’s entire report and the underlying evidence he collected.

Former FBI Director James Comey, for instance, famously held a July 2016 news conference in which he criticized Clinton as “extremely careless” in her use of a private email server but said the FBI would not recommend charges.

Even with the details still under wraps, Friday’s end to the 22-month probe without additional indictments by Mueller was welcome news to some in Trump’s orbit who had feared a final round of charges could target more Trump associates or members of the president’s family.

The conclusion of Mueller’s investigation does not remove legal peril for the president.

He faces a separate Justice Department investigation in New York into hush money payments during the campaign to two women who say they had sex with him years before the election. He’s also been implicated in a potential campaign finance violation by his former lawyer, Michael Cohen, who says Trump asked him to arrange the transactions. Federal prosecutors, also in New York, have been investigating foreign contributions made to the president’s inaugural committee.

A number of Trump associates and family members have been dogged by speculation of possible wrongdoing. Among them are Donald Trump Jr., who helped arrange a Trump Tower meeting at the height of the 2016 campaign with a Kremlin-linked lawyer, and Trump’s son-in-law, Jared Kushner, who was interviewed at least twice by Mueller’s prosecutors.

Five Trump aides pleaded guilty and a sixth, longtime confidant Roger Stone, is awaiting trial on charges that he lied to Congress and engaged in witness tampering.

Justice Department legal opinions have held that sitting presidents may not be indicted. But many Democrats say Trump should not be immune from a public accounting of his behavior. Associated Press writers Jonathan Lemire in New York, Deb Riechmann in Palm Beach, Florida, and Mary Clare Jalonick in Washington contributed to this report.