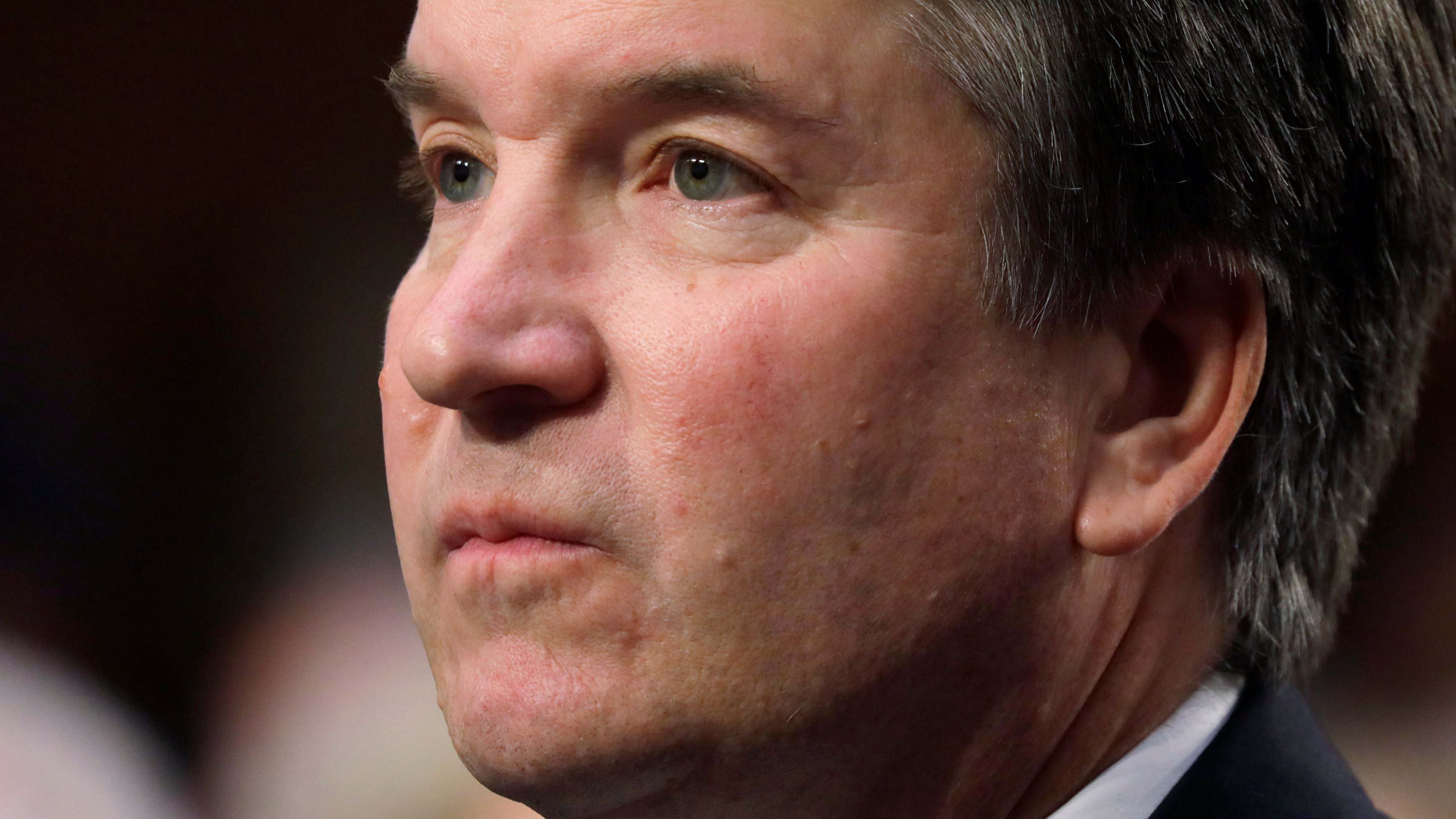 News photographers clicked pictures of a smiling Kavanaugh as he entered the hearing room. But moments after Judiciary Committee Chairman Chuck Grassley opened the hearing, Democrats protested the withholding of the documents and asked to have the proceedings adjourned.

Several protesters also disrupted the opening of the hearing, with one shouting "this is a travesty of justice."

"We cannot possibly move forward. We have not had an opportunity to have a meaningful hearing," Democratic Senator Kamala Harris said, while Senator Cory Booker appealed to Grassley's "sense of decency and integrity."

"What are we trying to hide? Why are we rushing?" asked Democratic Senator Patrick Leahy.

Democrats have demanded in vain to see documents relating to the three years Kavanaugh, nominated by Trump for a lifetime job on the top US court, spent as staff secretary to Bush, a job that involved managing paper flow from advisers to the president. Kavanaugh held that job from 2003 to 2006.

Grassley accused the Democrats of obstruction.

"I think we ought to give the American people the opportunity to hear whether Judge Kavanaugh should be on the Supreme Court," Grassley said.

Republicans also have released some, but not all, of the existing documents concerning Kavanaugh's two years as a lawyer in the White House Counsel's Office prior to becoming staff secretary.

If confirmed by a Senate controlled narrowly by Trump's fellow Republicans, Kavanaugh is expected to move the court - which already had a conservative majority - further to the right. Senate Democratic leaders have vowed a fierce fight to try to block the confirmation of the conservative federal appeals court judge.

Kavanaugh sat, fingers intertwined, quietly staring ahead at the committee members as audience members screamed while being dragged out of the hearing room.

"This entire process has cast a cloud over Judge Kavanaugh's nomination. Democrats strongly object to moving forward when so much of his record remains secret," said Senator Dianne Feinstein, the senior Democrat on the Judiciary Committee that is conducting the confirmation hearing, due to run through Friday.

"We are shocked at the efforts being undertaken to jam this nomination through and hide his record from the American public. We got to these hearings under protest," Feinstein added, standing in front of the Supreme Court building with her fellow Democratic committee members before the hearing.

Republicans have said that Democrats have more than enough documents to assess Kavanaugh's record, including his 12 years of judicial opinions as a judge on the US Court of Appeals for the District of Columbia Circuit. They have accused Democrats of seeking to delay the hearing for purely political reasons.

Republicans hold a slim Senate majority so they can approve Kavanaugh if they stay united. So far, there were no signs of defections, with the Senate likely to vote by the end of the month. The court begins its next term in October.