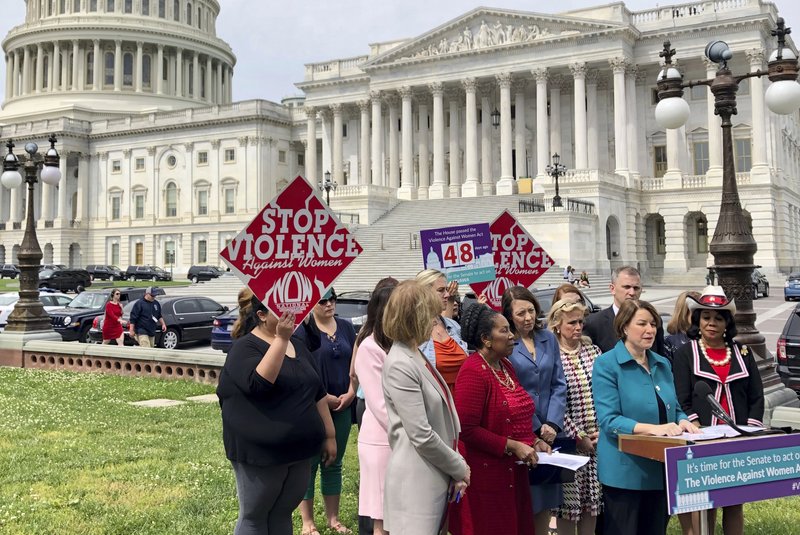 US Sen. Amy Klobuchar, D-Minn., urges Senate to take up a bill renewing the Violence Against Women Act at a news conference Wednesday, May 22, 2019, outside the US Capitol in Washington. (Photo: AP)

Frustrated Democrats are ramping up their rhetoric as they pressure the Senate’s Republican leader to allow a vote on a bill that helps victims of domestic and sexual violence.

At a news conference on Wednesday, Rep. Jackie Speier of California took aim at Senate Majority Leader Mitch McConnell’s self-proclaimed nickname as the “grim reaper” of bills passed in the Democratic-controlled House.

Speier called the nickname well-earned and said McConnell was “responsible” for the deaths of 144 women killed by domestic violence since the House passed a bill renewing the Violence Against Women Act seven weeks ago. The 25-year-old law lapsed in February, although grants funded under the law continue through September.

A spokesman for McConnell called Speier’s comments unfortunate and said they “have no place in our civil debate.”