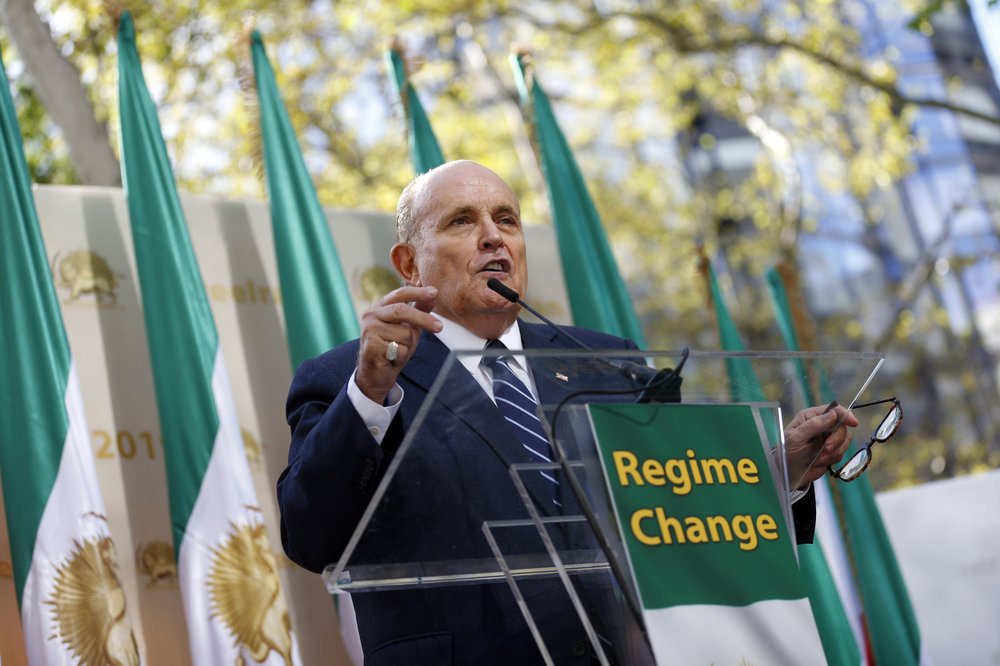 Former New York Mayor Rudy Giuliani speaks at a rally supporting a regime change in Iran outside United Nations headquarters on the first day of the general debate at the UN General Assembly, Sept. 24, 2019, in New York. (Photo: AP)

The House Intelligence, Foreign Affairs and Oversight and Reform panels announced the subpoena Monday as they examine Trump’s efforts to have Ukraine investigate political rival Joe Biden and his family. Giuliani assisted in that effort.

The Democrats have also requested information from three of Giuliani’s associates.

The committees are investigating the matter, which was a subject of a whistleblower’s complaint, as part of an impeachment inquiry against Trump.