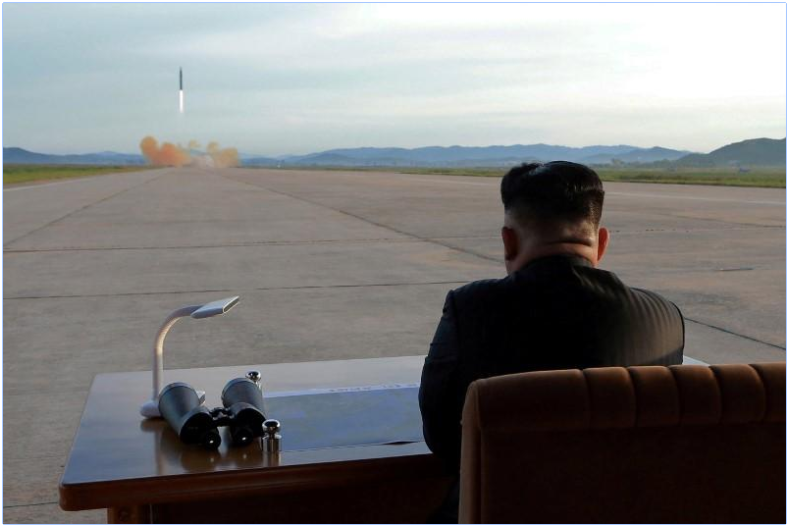 Democratic U.S. senators introduced a bill on Tuesday they said would prevent President Donald Trump from launching a nuclear first strike on North Korea on his own, highlighting the issue days before the Republican’s first presidential trip to Asia. The measure would stop Trump, or any U.S. president, from launching an attack on North Korea, or spending any money on a military strike, without congressional approval, unless North Korea has first attacked the United States.

The CIA has said North Korea could be only months away from developing the ability to launch substantial nuclear attacks, a scenario Trump has vowed to prevent.

Some Republicans have also expressed concern about Trump’s rhetoric, but none co-sponsored the bill, which is backed by seven Democrats and Senator Bernie Sanders, an independent.

Republicans control majorities in both the Senate and House, and there has been no indication that congressional leaders would allow a vote. Similar measures introduced earlier this year have also failed to advance.

However, backers said they might try to pass it later this year by introducing it as an amendment to legislation such as a as a must-pass spending bill.

“I have confidence that if this came to a vote on the floor of the Senate, it would prevail,” Murphy said.

Lawmakers have been trying to take back more control over foreign policy from the White House.

Congress passed a bill in July barring the president from lifting sanctions on Russia without lawmakers’ approval, and the Senate Foreign Relations Committee on Monday held a hearing on a new authorization for the use of military force, or AUMF, to exert some authority over the campaign against Islamic State and other militant groups.

At that hearing, Secretary of State Rex Tillerson and Secretary of Defense Jim Mattis said Trump does not have the authority to use force against North Korea without an imminent threat, but they did not define what such a threat would be.